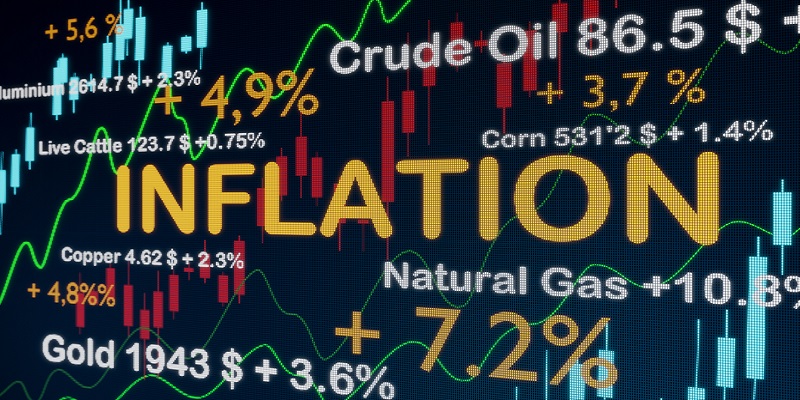 I haven’t frozen to death yet…

The latest CPI reading is good for stocks... Are we headed for a recession?... An update on Europe’s energy crisis... And why these stocks are among my top picks for 2023...

The latest US inflation numbers hit the wire last week. Prices jumped 7.1% from a year ago. This is a good sign for the stock market.

I know what you’re thinking: “Stephen, inflation is still sky-high. Surely that can’t be good for stocks?”

But as I’ve said before... the annual inflation rate isn’t what matters for the stock market. What investors need to watch is the direction of inflation. In other words, is the inflation rate rising or falling? That’s the dividing line for stock market returns.

Inflation remains at nosebleed levels... but the direction of inflation peaked in June and has been trending down for five straight months. November’s inflation reading was the lowest of 2022. I dug into how stocks performed each time inflation peaked over the past 70 years. The S&P 500 jumped 16% over the next 12 months, on average.

Inflation could remain elevated over the coming months. But as I first said in my September 1 issue of Disruption Investor, I believe it’s peaked directionally… and that means now is the time to load up on your favorite stocks.

The Wall Street Journal polled a group of leading economists about the odds of a recession last week.

Economists pegged the chances of an economic downturn in the next year at over 60%. That’s only the third time the probability has been above 50% going back to 2006.

Everywhere I look financial commentators are predicting a recession. The talking heads on CNBC think it’s a foregone conclusion.


Does that mean a recession is a foregone conclusion? Predictions and surveys are one thing. It’s another to look at what’s actually happening: Folks are still spending and traveling like crazy...

In a recent interview, United Airlines CEO Scott Kirby said, “If I didn’t watch CNBC… the word recession wouldn’t be in my vocabulary. You can’t see [a recession] in our data.”

This past quarter, folks spent a near-record $20 billion in Disney’s theme parks.

Does any of this signal “economic slowdown” to you?

Whether America avoids a recession or not is very important for investors.

If the economy holds up, it means stocks have likely bottomed. Going back to the 1950s, the average non-recessionary bear market saw a 24% decline in stocks. At its October lows, the S&P 500 was down 24.9%.

But if we’re running toward a slowdown, stocks likely have further to fall. Over the past seven decades, the average recessionary bear market saw stocks fall 36%.

A few months ago, the headlines said Europeans would freeze to death this winter due to surging energy costs related to the Russia-Ukraine war.

Although my energy bill roughly tripled over the past year, I’m happy to report I haven’t frozen to death, yet.

In fact, since spiking to record highs in August, natural gas prices in Europe have fallen over 60%. In short, European nations averted a crisis by ordering record amounts of energy during the summer. Enough to get folks through a long, cold winter.

At one point, 60 ships carrying billions of dollars’ worth of natural gas were anchored off the coastlines waiting to dock and unload.

To be clear, Europe didn’t solve its energy problem… it simply kicked the can down the road.

The real issue is Europe consumes A LOT more power than it produces. It relied on Russia for most of its oil and gas. But that supply has largely been cut off due to the ongoing war.

As we’ve discussed recently, nuclear is the safest, cleanest, and often cheapest form of energy known to man.

Europe has been moving away from nuclear power for decades. That’s something you can afford to do during “good times” when energy is cheap and abundant. But times are changing…

When faced with the choice between nuclear power and nationwide blackouts, Europe will choose to keep the lights on. In fact, we’re already seeing this shift...

We’re on the cusp of a nuclear renaissance. Nuclear-related stocks like uranium producers are among my top picks for 2023.

Editor’s note: Tonight is your last chance to take advantage of the special 50% off holiday offer to dividend expert Kelly Green’s Yield Shark advisory. Go here now to see the details. (Once this offer is closed, you will not see it again.)