Can you name America’s fastest-growing company?

You might think it’s a cloud computing company… electric vehicle pioneer… or a company leading the artificial intelligence (AI) revolution.

All of those would be good guesses.

But the fastest-growing company is in an industry that most people haven’t heard of!

It’s not their fault… This explosive industry is largely off limits to most investors.

The good news is that will likely change very soon.

I say this because America’s fastest-growing company is getting ready to go public. In a minute, I’ll share the name of this company… and tell you when you can expect to invest in it.

But let’s first take a closer look at this rapidly growing, yet overlooked industry.

In a nutshell, RPA uses computers, or “bots,” to perform work that humans would normally perform.

But an RPA bot isn’t like a robot you’d find on a factory floor. Instead, it’s software that’s used to perform mundane tasks.

These bots can read and understand documents… enter data… and process items like invoices.

Now, I realize that bots performing repetitive tasks isn’t as sexy as AI, edge computing, the internet of things (IoT), genomics, or some of the other megatrends I’ve written about before.

In fact, it’s already taking the world by storm.

According to leading research firm Gartner, the RPA market grew over 63% in 2018. That made it the fastest-growing enterprise software category!

Gartner expects the RPA market to triple in size between 2018 and 2024.

RPA is growing like crazy for a few reasons. One, practically every profession in the world involves repetitive tasks. And in almost every case, a computer would do a much better job of carrying out these tasks.

RPA also works on top of existing software… meaning companies don’t have to rip out legacy systems for it to work. That makes it much easier for companies to adopt it, which has supercharged the industry’s growth.

It’s no secret that COVID has kicked digitalization into high gear.

More companies than ever are working from the cloud. A growing number of companies are also turning to RPA to perform mundane tasks.

By the end of 2022, 85% of large organizations will have deployed some form of RPA.

One major airline turned to RPA after it received more than 120,000 cancellation requests during the first few weeks of the pandemic.

Dealing with this volume of requests is a nightmare as you can imagine. Each one takes three to four minutes to process. So, we’re talking at least 6,000 manhours of work. But customers obviously want their refunds fast.

Time was of the essence. So, it built an RPA “bot” in just six days. This bot was able to address 80% of the airline’s cancellation requests, or about 4,000 per day!

And that’s just one example. The Big Four accounting firm Deloitte has used RPA to redesign its claims process. Its RPA solution can handle 1.5 million requests per year.

And get this: Deloitte built its bots in just 10 weeks. That’s a fraction of the time it would normally take a company the size of Deloitte to introduce a new software solution.

That amount of work would normally require about 200 full-time employees! Not only that, this RPA solution costs 30% of what it would have cost to hire new workers.

But these companies are behemoths. Microsoft alone is worth over $1.5 trillion, and it’s made up of many different businesses.

The good news is that UiPath is gearing up for an IPO.

UiPath is the global leader in the rapidly growing RPA market. More than 1,500 companies use UiPath’s RPA services. Its customers include the Central Intelligence Agency (CIA), the US Navy, McDonald’s (MCD), the American Red Cross, and the BMW Group.

It’s also partnered with many of the world’s most disruptive companies, including global data analytics leader Alteryx (AYX).

UiPath is also growing like crazy. From 2015 to 2018, UiPath’s sales grew 37,458%! That made UiPath the fastest-growing company in North America over that stretch, according to Deloitte.

And we should have an opportunity to invest in the company soon. In July, UiPath’s CEO said the company will “definitely” IPO next year… likely in the beginning of the year.

When it does, demand for UiPath’s shares should be through the roof. It would instantly become the best “pure play” RPA stock for US investors.

So, I suggest putting this company on your radar today.

P.S. You only get 37,458% growth in 3 years if you’re doing something NEW… like pioneering a new industry. And here’s what’s really exciting: UiPath isn’t the only company “hypergrowing” at supersonic speed. There are countless others minting millionaires as I type. And unlike UiPath, these are all stocks anyone can invest in right now with a regular brokerage account.

My team and I are researching this phenomenon right now including the best ways to take advantage. As a RiskHedge reader, you’ll be first in line to hear our findings. More on this soon… 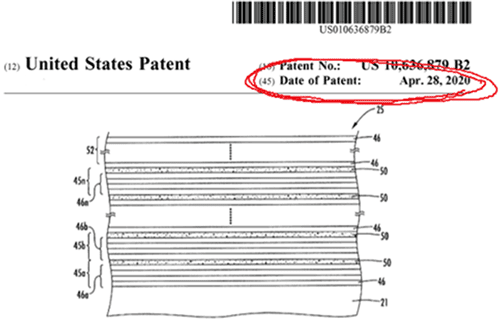 It's the key to unlocking 5G, self-driving cars, and true artificial intelligence. But because the patent was quietly granted while the world was fixated on corona...

It's flying totally under the radar! Now the tiny company that invented it is about to announce it to the world...