Two words sum up why we’re not in a depression

Why didn’t coronavirus sink America into a depression?

The answer can be summed up in two words...

And it’s not “stimulus checks.”

As you know, lockdowns have wrecked restaurants, hotels, and airlines.

But millions of Americans who can do their jobs from a computer haven’t missed a day of work.

They’re working from home... which would’ve been impossible not all that long ago.

Most folks are vaguely familiar with the importance of “the cloud.”

But it’s no exaggeration to say it’s a top 3 tech breakthrough of the last 20 years... right up there with the smartphone.

The cloud is why we can order groceries from our smartphones and get them shipped directly to our doorsteps from Amazon (AMZN) and Walmart (WMT).

It’s why we can watch Netflix (NFLX) and listen to music on Spotify (SPOT) from almost anywhere in the world.

It’s why you can speak with your doctor from home using Teladoc (TDOC) or Livongo (LVGO).

None of these businesses have skipped a beat. In fact, they’re all thriving... and so are their stocks.

In the simplest sense, the cloud is really just data centers full of supercomputers.

Most folks think of Amazon as an online shopping stock. But its cloud business—Amazon Web Services (or AWS)—is its most profitable segment. Since Amazon rolled out AWS to the public in 2006, AMZN stock has surged 68X! 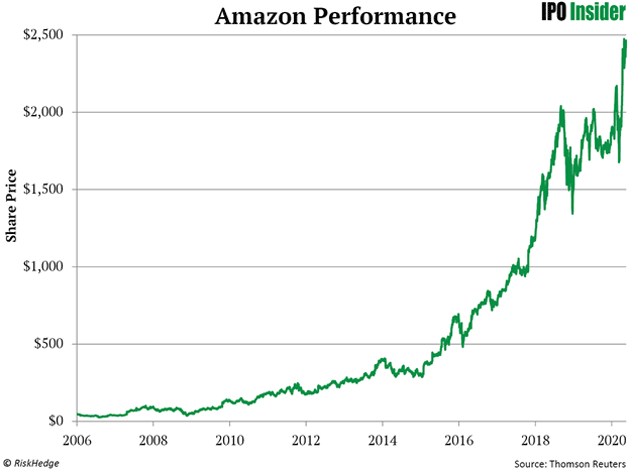 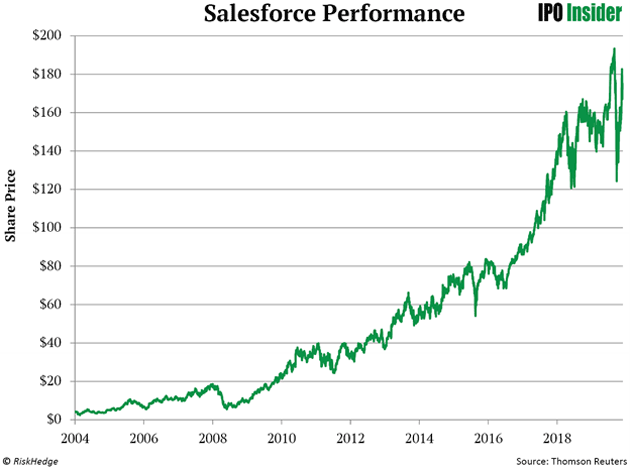 Shopify (SHOP), another Hall of Fame cloud computing stock, has exploded nearly 2,900% since its 2015 IPO! 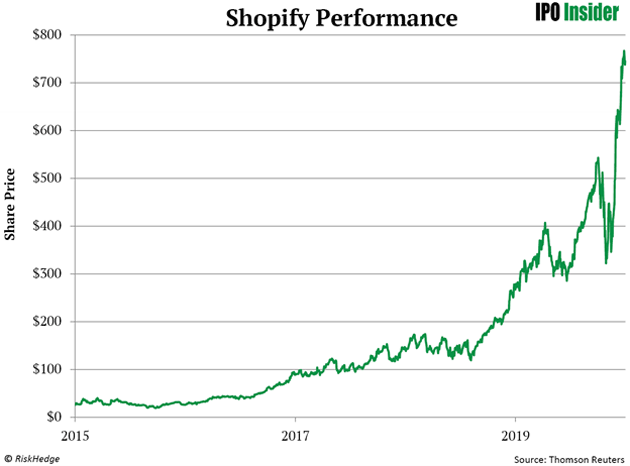 RingCentral (RNG), which provides collaboration software over the cloud, has raced more than 2,700% higher since 2014. 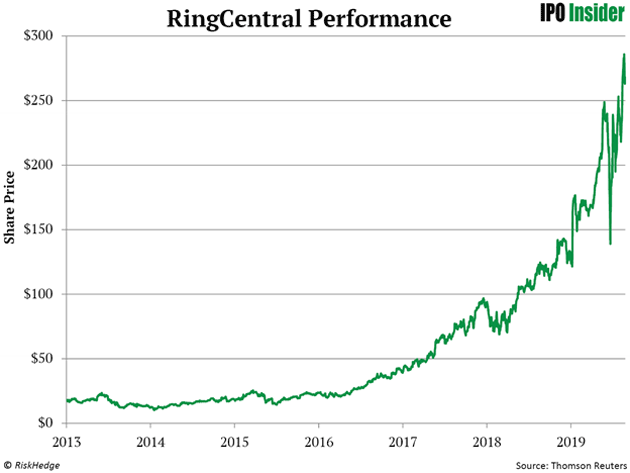 Alteryx (AYX), which lets businesses analyze their own data on the cloud, has surged nearly 10-fold since its March 2017 IPO. 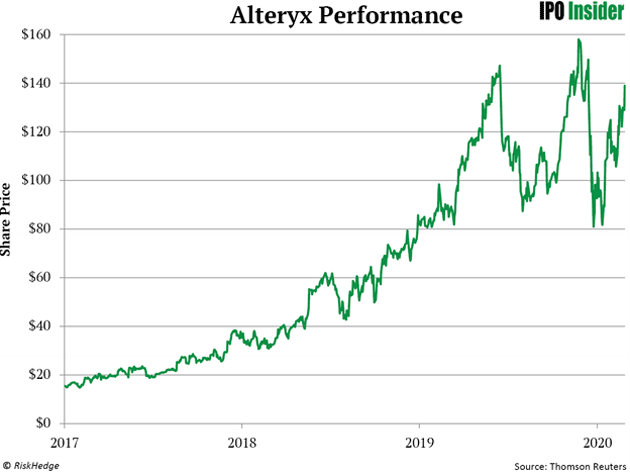 And Paycom Software (PAYC), which allows companies to do payroll and other “HR” functions in the cloud, has surged 2,100% since it went public in 2014. 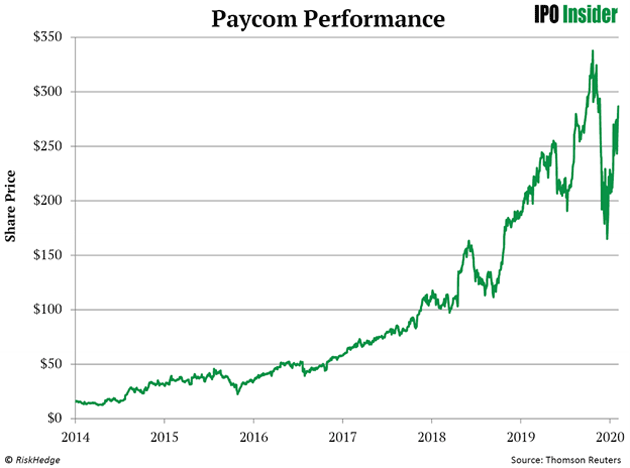 I could go on and on. And I expect cloud computing stocks to continue rewarding investors for years to come.

But let’s face it…

Amazon, Salesforce, and Microsoft (MSFT) have carved out huge corners of the cloud computing market.

So, if it’s 10X or 20X gains you’re after, you should focus on the next evolution in computing.

That will change. Every technology that I just mentioned hinges on edge computing. It’s the golden thread that connects today’s most exciting megatrends.

You see, cloud computing is great for many of today’s technologies.

If a child runs across the street, the car can’t risk even the slightest delay before it applies the brakes.

Remember, cloud computing is all about connecting to centralized data centers. It takes time to have data processed at a faraway data center.

When every millisecond is precious, that’s unacceptable.

Edge computing is all about processing data on the spot at the “edge” of the network. It eliminates the need to connect to a faraway data center.

For that reason, it’s faster than cloud computing can ever be. Studies show it can increase processing speeds by 30X!

I know this is all a bit technical. The key takeaway is that edge computing makes the “impossible” possible. Technologies like self-driving cars, IoT, AR, and the commercialization of 5G will never get off the ground without edge computing.

According to the global research firm Analysys Mason, 30% of its IT budget over the next three years will be spent on edge computing.

Grand View Research projects the edge computing market is poised to grow 54% per year. By 2025, it will be worth nearly $29 billion.

Research firm Forrester is also incredibly bullish on edge computing. Last year, it predicted “explosive growth.” It also said that 2020 will be the “breakout year for edge computing.”

Eventually, edge computing could surpass cloud computing. Don’t just take my word for it. The head of Intel’s (INTC) IoT Group says so!

The opportunity’s so big that it won’t be a “winner-take-all” market. There’ll be lots of stocks that 10X or better as edge computing flourishes.

As my premium subscribers know, my two favorites are Fastly (FSLY) and Cloudflare (NET).

But please note they’re not nearly as “under-the-radar” as they were when I initially recommended them months ago. They’ve already run up 269% and 102%.