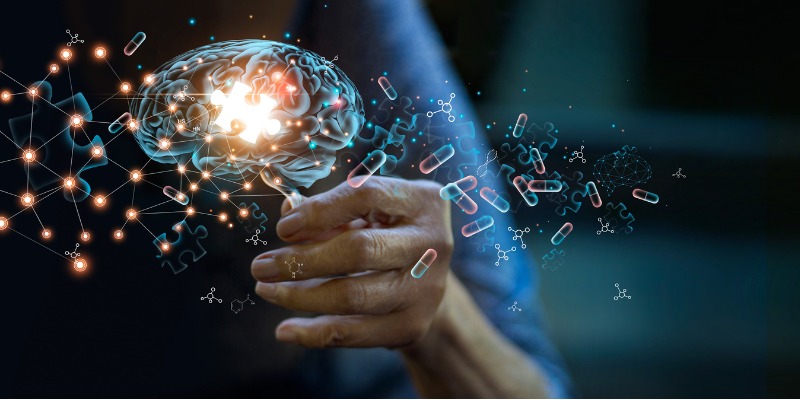 Good news: the stock market has a leader again

Where are the stock market leaders?

I asked this all-important question in a recent RiskHedge Report... and the answer I found was not good.

A healthy market needs at least one strong sector to lead it higher.

Unfortunately, my analysis showed we were in a leaderless market.

But things have changed.

One red-hot group of stocks is soaring… and looks to be in the early stages of a multi-month, or even multi-year rally.

It relates to some huge news that just came out:

That’s an INCREDIBLE discovery—and it could get even better.

These are results from initial trials...

Which means that as scientists perfect lecanemab, they could slow down cognitive decline even more.

Alzheimer’s has proven a very, very difficult disease to treat. There have been a lot of “false start” treatments that looked promising at the start… but ended up being disappointing.

This looks, and hopefully is, different. Experts are calling these results a “historic moment.”

Biogen jumped 40% in one day, while ESALY soared nearly 60%.

The news also sparked a massive rally in other stocks related to Alzheimer’s. Acumen Pharmaceuticals (ABOS) surged 104% in a day, while Prothena Corp. (PRTA) soared 88%.

Breakthroughs like this are why people invest in biotech stocks…

Few other sectors give you a shot at 50‒100% gains overnight from a world-changing discovery.

And while those quick gains are nice if you can find the right stocks.... I’m more interested in biotech for another reason...

Like growth stocks, biotech stocks topped out well before the broad market did.

So, it wouldn’t surprise me at all if the bear market in biotech stocks ends long before the major indices stop falling.

Some biotech stocks are already outperforming the market in a big way.

Since June, Biotech has been one of the strongest industries.

And many individual biotech stocks are trading near 52-week highs…

Just look at this chart of Vertex Pharmaceuticals (VRTX), which creates medicines for people with life-threatening diseases. VRTX is trading near all-time highs, despite the fact that the major indices have been taking a beating.

Syndax Pharmaceuticals (SNDX) is another biotech stock trading near all-time highs. Like Vertex, it looks poised for a breakout. It’s been trading sideways and building out a large base since the second half of 2020.

It’s also on the verge of breaking out of a base it’s been building since the summer of 2020.

You won’t find many stocks that look this good right now. Most stocks are getting crushed.

In the biotech sector, it’s a different world.

Why? The stocks holding during today’s blood market will likely emerge as market leaders once the broad market volatility dies down.

The SPDR S&P Biotech ETF (XBI) has a history of rocketing higher following a bear market.

And after the COVID crash, XBI returned 180% in less than a year.

But now is not the time to take a “shotgun” approach to investing in biotech. I wouldn’t recommend buying XBI or IBB today.

I say this because the major indices remain under serious pressure. And it could be some time before volatility calms down.

Until that happens, it will be difficult for a major industry ETF to make progress. However, as we’ve seen lately, the very best biotech stocks can surge higher in any environment.

So, if you’re going to bet on biotech stocks right now, I would stick with the very best of the best. And keep your position sizes small.

Specifically, I look for biotech stocks that are in strong uptrends.

Look for stocks trading above a rising 200-day moving average… at or near new all-time highs… and emerging from a multi-month or multi-year base.

You may also want to focus on biotech stocks with several drugs in their pipeline. In other words, avoid biotech companies that are one-trick ponies. They’re much riskier than companies with diversified product lines. You can easily find out whether a company is diversified or not by checking out their website.