What to Make of an “Irrational” Stock Market

The election isn’t the only thing on investors’ minds right now.

We’re also smack dab in the middle of earnings season.

This is when companies tell the world how their business is doing. They reveal how much their sales grew and if they turned a profit.

Good quarterly results, as I’m sure you know, can cause a stock to race higher. Bad earnings, on the other hand, can send a stock into a tailspin.

They can dictate a stock’s trajectory for weeks… months… or even years.

But here’s the thing. Not all good earnings ignite powerful rallies.

Sometimes, companies crush earnings and barely move… or even fall on the news. We’ve been seeing this play out a lot recently.

You’d think Amazon would rally on these incredible results. But it plunged 5.4% on Friday.

Facebook initially shot up on the news. But the stock quickly changed direction. Facebook closed Friday down 6%.

And yet, Shopify fell 7% on Thursday, and another 5% on Friday.

Most folks don’t realize that a stock’s reaction to earnings is the single most important thing to watch.

When a stock falls on blowout earnings, many rookie investors will buy more. They assume the market is being irrational and that a bounce must be coming.

This is almost always a mistake. When a stock falls on great earnings, the market is telling you something is “off.” It’s best to avoid that stock in the short term.

That’s why I focus on companies that post strong earnings AND jump in price. In just a minute, I’ll tell you one of my favorites right now.

But I want to make something clear…

I want to see the stock close strong, too. In other words, I want to see it maintain its initial gains, or even add to them, before the close of trading that day.

When I see these three things, I know the move likely has staying power.

You could have used it to buy streaming giant Roku (ROKU) in August 2018 for just $25. Less than two years later, Roku’s share price had 7X’ed!

That’s right. This pattern isn’t just for nimble traders. Long-term investors can also use this strategy to grow their wealth. It can help you identify the true market leaders of tomorrow.

In fact, we just saw this play out with Snap (SNAP).

Snap owns the wildly popular app Snapchat, which is a massive hit with kids. In fact, 90% of 13- to 24-year-olds in the US use Snapchat. To put that in perspective, only 39% of young folks use Facebook.

Despite its massive popularity, Snap was a hated stock. It plummeted 77% during its first eight months as a publicly traded company.

This was mainly because Snap was a criminally misunderstood stock. Wall Street didn’t see Snap for what it really is, which is an augmented reality (AR) pioneer.

But we recognized Snap’s huge potential way back in January. Now, the entire world can see what we saw.

And it did so on massive volume. It was a textbook explosive earnings move.

Snap went on to climb another 12% over the next two trading sessions.

That’s a tremendous move. But I see Snap headed much, much higher in the months ahead.

So, consider investing in Snap if you haven’t already. I see it delivering huge returns for years to come.

Our Chief Analyst Stephen McBride has one simple piece of advice:

Own world-class “disruptor” stocks set to thrive in the years ahead… no matter who wins tonight.

One of his favorites (the only stock he owns in his daughter’s college fund) is a screaming buy right now.

That’s because it’s about to take down one of the most dominant companies in history… and soar a potential 200-1,000% in the process. Go here to get Stephen’s full writeup. 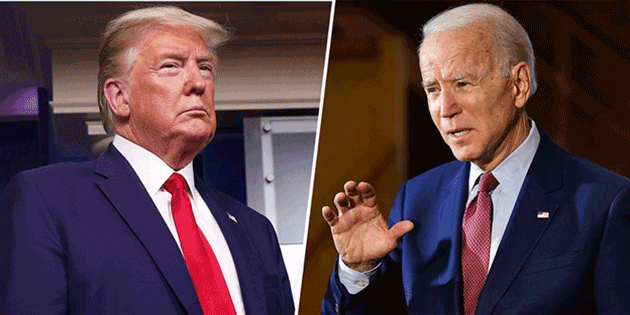