How to Profit Off the Biggest Lie in Tech

Justin’s note: RiskHedge CIO Chris Wood recently told me about something so big, I wanted to share it with you right away. If you don’t know, Chris is our microcap tech expert. Today he’s stepping forward to expose “the biggest lie in all of tech”…

You may have heard about this lie. But you probably don’t know the truth behind it… and more important, how to set yourself up for big profits.

Here’s Chris to break it down…

How to Profit Off the Biggest Lie in Tech

As a RiskHedge reader, you’re in the top 1% of people who understand disruption and the money-making opportunities it can create. 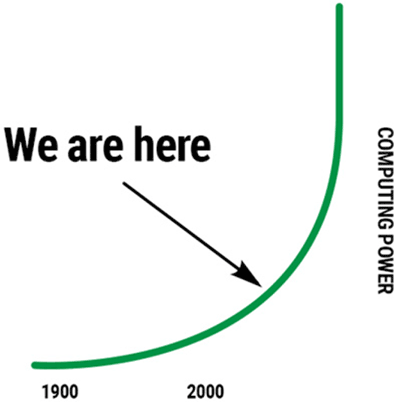 As I explained yesterday, there are 3 new technologies that will pick up where Moore’s law leaves off. Some of you wrote in asking for more details on them… So let’s take a closer look…

And we know the technology works. Earlier this year, a DNA computer was able to successfully calculate the square root of numbers up to 900.

Although these three technologies are exciting, they’re all years off.

We need a solution now. Moore’s law is on life support.

That’s why I was so intrigued when I found out what one little microcap company has achieved.

It fused silicon with another element... resulting in “superchips” that are up to 100% more powerful than today’s “bleeding edge” chips.

Best of all—its tech is not only patented... it’s proven to work!

The world doesn’t know about this yet because this company is essentially a startup. It does just $500K in annual sales. Its tiny stock, which trades on the Nasdaq, is unknown to the vast majority of folks.

But as my research here shows, this company is about to have its “coming out moment.” As early as tonight, I believe it’ll make a breakthrough announcement that could 100X its business in an instant.

Go here to see how you can get into this American microcap for pocket change before its game-changing announcement.