Why I Watch This Master Investor Like a Hawk

We’ve all heard this saying.

If means if you want to make big money in the markets, do the following:

Identify the smartest professional investors... buy the stocks they buy... and you’ll get rich too.

Just who are these genius investors who you can piggyback to riches?

When it comes to early stage stocks and IPOs... one investor beats all others, hands down.

After all, when most folks think Google, they think “search engine.”

Google dominates in search. Every day, its website handles 3.8 billion searches. To put that into perspective, roughly 7.5 billion people live on this planet.

But Google is so much more than a search engine.

It also runs one of the world’s most popular email services—Gmail.

It owns YouTube—the world’s #1 video platform and the second most-visited website (after google.com).

But I’m not recommending you buy Google stock. Instead, I want to share a far more lucrative idea...

Alphabet is the parent company of Google. Technically, there’s no such thing as “Google stock” anymore. Its proper name is Alphabet stock, although no one calls it that.

Here’s why this matters to you...

Alphabet owns 14 companies. A few of these are “venture capital” investment shops that invest in small, private, disruptive businesses.

And it has a secret research and development lab called “X” that specializes in “moonshots”... or bets that can deliver astronomical returns.

Through its different entities, Alphabet has become an investing powerhouse.

In 2017 alone, it invested in 103 deals...making it by far the most prolific “corporate” investor.

Alphabet’s portfolio includes everything from robotic startups to companies trying to “cure death.”

This is why some analysts call Alphabet the “world’s greatest technology ETF.”

But that’s an understatement. ETFs, as you might know, typically let you buy a basket of publicly traded stocks.

Remember, Alphabet invests in early-stage projects and moonshots. These companies are private. Everyday investors can’t buy them yet.

These are the companies I watch like a hawk. Many will go public—or IPO—eventually. And Google-backed IPOs often hand investors huge gains...

Zscaler (ZS)—a cloud-computing company that Google Capital invested in back in 2015—went public in March 2018.

Google made a killing on it... but so did smart individual investors.

You could have made 244% by simply buying Zscaler the day it started trading. 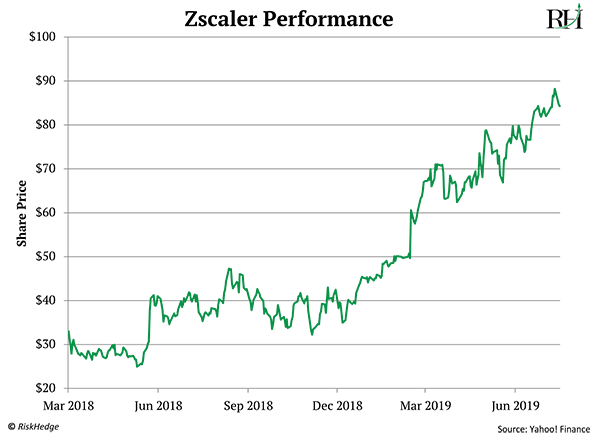 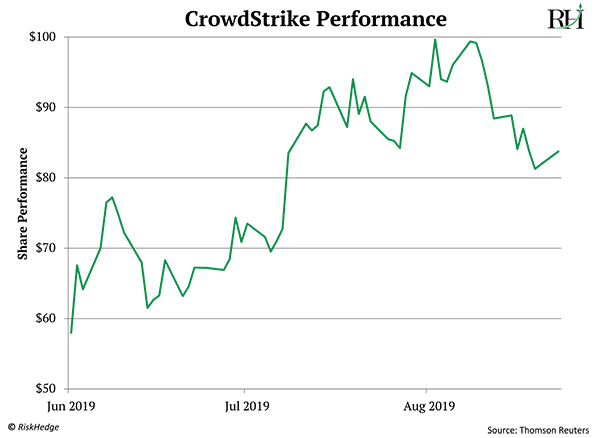 DocuSign (DOCU)—another Google-backed software company—also had a great IPO. Its shares skyrocketed 83% within four months after the company’s IPO. 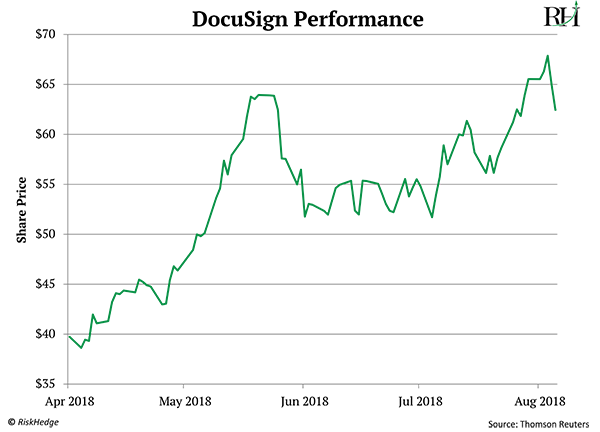 Keep in mind, Alphabet’s shares have climbed 51% over the last three years. That’s a solid return. But you could’ve made far more money in far less time by buying certain Alphabet-backed IPOs.

That’s because these weren’t well-known IPOs.

Before these companies went public, less than 1 in 1,000 investors knew about them. Even now, maybe only 1 in 100 investors has heard of them.

If you’ve been reading my work, you know small, lesser-known IPOs are most likely to hand you big, quick profits.

You could have seen these opportunities coming from a mile away by simply studying Alphabet’s portfolio.

This is why I stalk Alphabet’s every move.

Alphabet is arguably the world’s most forward-thinking company. I’d put its “crystal ball” up against any other investor or company on the planet, including Warren Buffett.

If Alphabet invests in a company, it’s a powerful “stamp of approval.” And a hell of an endorsement.

In fact, Google’s backing is a key reason why I like Cloudflare (NET). I told you about this cloud-computing IPO last week.

On its September 13 IPO, it blasted to a 20% one-day gain. And it’s been climbing ever since. Cloudflare has now gained another 16% since its IPO.

I see it continuing to head higher from here.

PS: Did you know the “alpha” in Alphabet is for the investing term alpha? Alpha, in a nutshell, refers to the extra profits you can make by picking individual investments that beat the market’s returns.