Use the “Ferrari Pattern” to Predictably Make 431% or More

When you see one cruising down the street, most people can’t help but stop and stare.

Ferrari started as a racing company. Founder Enzo Ferrari handcrafted finely tuned speed machines whose sole purpose was to go faster than any other car could.

Winning is in Ferrari’s blood. It has won a record 238 Grand Prix races. 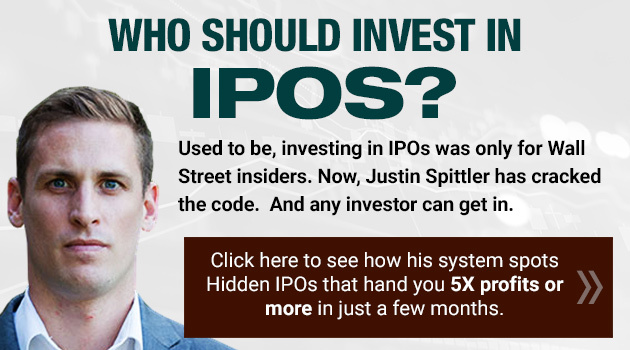 For most of its history, Ferrari was a private company. It was owned by the Ferrari family and Fiat Chrysler.

For the first time, individual investors could own a piece of the company... and many were dying to buy in.

No surprise, hype was sky-high. Businesses don’t get much sexier than Ferrari. Ambitious young people dream of buying a Ferrari when they “make it.” Older folks buy Ferraris to feel young again.

Ferraris are the ultimate status symbol. At $200,000+ a pop, most folks will never own one. Ferrari’s IPO was a chance for any investor to own a tiny sliver of the iconic brand.

Here’s a photo from outside the NYSE the day Ferrari IPO’d. 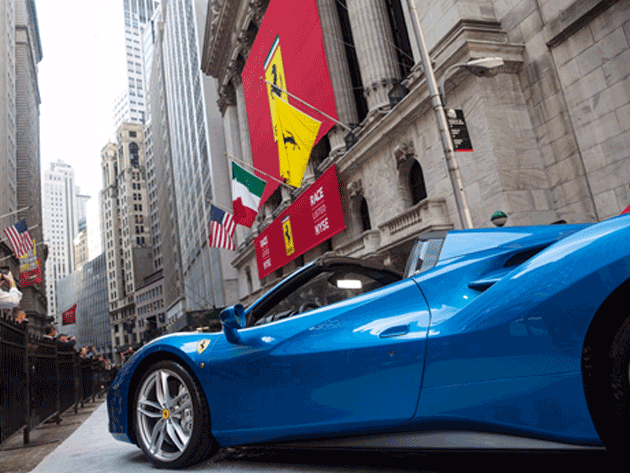 As you can imagine, Ferrari’s IPO was a media circus. CNBC reported that shares of the Italian carmaker were “well oversubscribed” heading into its IPO. That’s Wall Street’s way of saying demand was through the roof.

It suffered a disappointing first week of trading, slipping 6%. Ferrari then plunged 41% during its first four months as a publicly traded company, as you can see here: 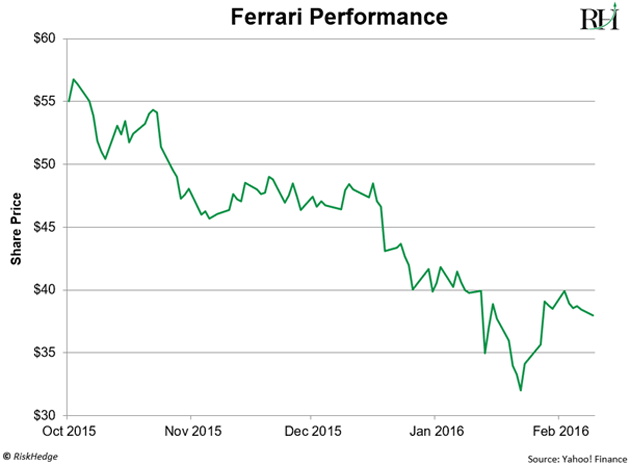 If you’ve been reading the RiskHedge Report, this story should sound familiar by now: big, hyped-up IPOs often fail to deliver.

Ferrari went public at a $9 billion valuation. And at a price-to-earnings ratio of 33, it was priced for rapid growth.

Problem was, Ferrari’s business will NEVER grow rapidly. It can’t! Ferrari is in the exclusivity business. Ferraris are special because they’re rare. The company keeps a strict cap on production to make sure they remain special.

In 2015, before it went public, Ferrari sold just 7,000 a year. It has gradually ramped that up to 9,200 cars today... which is still tiny compared to automakers like Ford (F) that sell two-plus million cars a year.

The stock had been nearly cut in half.

But this was exactly the right time to buy Ferrari stock.

It would bottom out and double over the next 12 months… and that was just the beginning.

As you can see below, Ferrari has soared 431% since bottoming out in early 2016. That’s more than five times the S&P 500’s return over the same period. 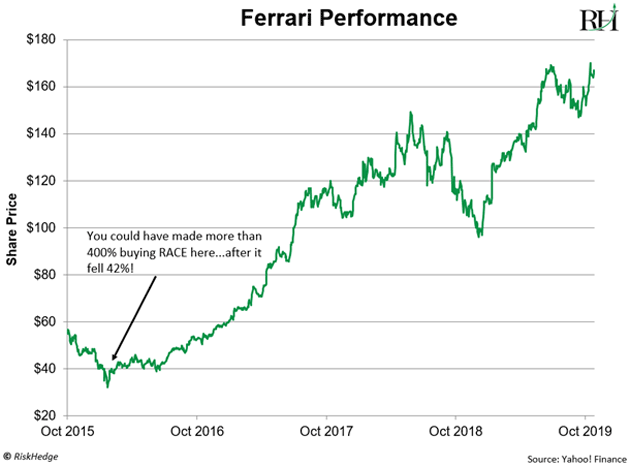 I call this a FAILED IPO.

Failed IPOs can make you a killing if you know how to play them.

See, all the hype around Ferrari doomed its IPO to failure. It went public at too high a valuation, virtually guaranteeing its stock would decline.

But although Ferrari’s IPO went poorly, its business was doing great. That’s an important distinction...

Ferrari turns a big profit, year after year, selling luxury cars to rich people. Its business is rock solid. Ferrari makes an average of around $80,000 profit per car it sells. This blows most other carmakers out of the water. Even luxury carmaker Porche only turns a $17,000 profit per car, according to Bloomberg.

Ferrari is one of few brands I’m certain will be around for many decades to come. Rich people will always want to own iconic cars, even with electric and self-driving cars coming.

Its IPO was one of the most talked about investing events in history. But Facebook buckled under the pressure, just like Ferrari. 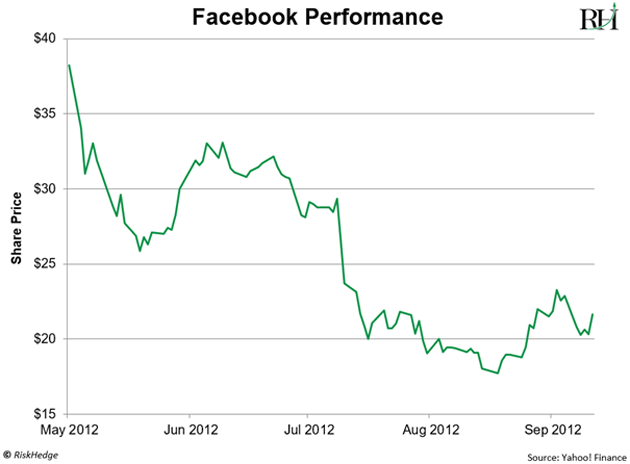 Of course, Facebook didn’t stay down. It’s now one of the biggest and most dominant companies on the planet.

Square is a mobile payments company. It makes the little white boxes that plug into your phone to swipe credit cards.

There was a ton of excitement around its IPO when it went public in November 2015. But the stock faltered, dropping 35% within two months.

It was the chance of a lifetime to buy Square cheap. It would go on to soar nearly 1,200% in the next two and a half years. 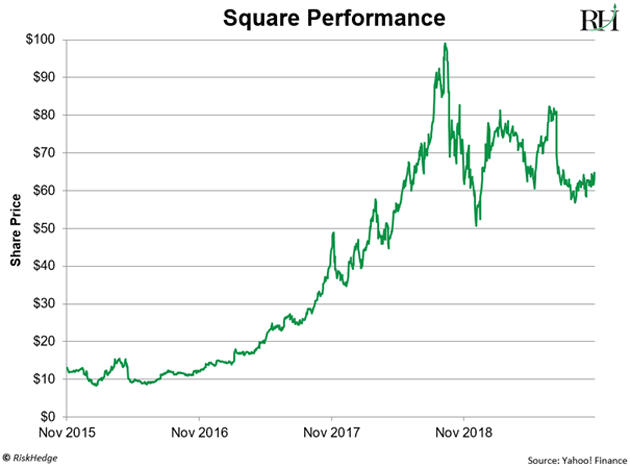 Instead, identify the ones that are great businesses and “stalk” them.

Chances are you’ll get an opportunity to buy in for around half price within a few months... setting you up to collect double the profits of anyone who bought at IPO.

That’s it for today. In case you missed it, I sat down with Stephen McBride last night to unveil a new moneymaking strategy that can reliably hand you profits of 77%, 103%, and 135%... often in just a few weeks.

Due to popular demand, we transcribed our conversation. When you go read it here, you’ll also get the opportunity to discover my #1 favorite failed IPO stock to buy today.

It’s a great, disruptive business that suffered a failed IPO recently... and now is the perfect time to buy!

It wouldn’t shock me if it goes on to hand us 1,000% profits in time, like Facebook and Square did.