These Stocks Are a “No Brainer”

Imagine if you knew that the population of your town was set to double.

What would you do?

If you hate crowds and traffic, you might move to the next town over. But most folks wouldn’t uproot. That would mean pulling their kids out of school… changing jobs…and a bunch of other headaches.

Maybe they’d open a restaurant. People got to eat, right?

You could also buy real estate. After all, people moving to your town would need homes to live in... and buildings to run their businesses from.

But we do get lucky every now and then.

Today, I’m going to tell you about one such opportunity. This is as close to a “no-brainer” investment as you’ll find… but it still offers plenty of upside.

In fact, I wouldn’t be surprised if the stocks I’m about to share with you shot up 100%+ over five years.

That’s because they play a key role in your everyday life, even though most folks never think about these companies…

You might even be reading this essay on one.

We use smartphones for everything these days.

We use them to stay in touch with our family, friends, and colleagues. We get our news from them… listen to music on them… and play games on them.

More than 5 billion people are now mobile users. That’s 366 million more people than a year ago!

Smartphones have become extensions of ourselves, for better or worse. We’re always on them. So much so, no one ever thinks about how any of this is possible.

According to Statista, smart phones account for approximately half of web traffic worldwide!

In 2016, a smartphone consumed just over one gigabyte (GB) of cellular data per month. That number is projected to reach almost 9 GBs in 2021—an 800% increase in just five years.

The rise of the smartphone is the #1 reason data usage has grown exponentially in recent years. I mean exponentially. According to IBM, 90% of all data ever created was generated in the last two years!

That’s a staggering figure. But there’s absolutely no reason to think people will use less data going forward.

After all, the global economy becomes more and more connected each day. Not only that, many of today’s most revolutionary technologies haven’t gone mainstream yet… like self-driving cars.

They’re vehicles that drive themselves. They’re going to revolutionize how we get from Point A to Point B.

But this won’t be an easy task. Self-driving vehicles need to do everything a human driver does.

They will need to see the road like humans do so they can detect a child running across the street.

To accomplish this, they’ll be equipped with state-of-the-art cameras and sensors. They’ll also need to listen for screeching brakes and ambulance sirens. Self-driving cars also need to “talk” to other cars on the roads.

None of this will be easy…

Today, a typical self-driving car processes around 4,000 gigabytes of data per day. That’s as much data as 2,666 people with smart phones.

Future generations of self-driving cars will only require even more data. Take it from Ex-Intel’s CEO Brian Krzanich:

Of course, self-driving cars aren’t the only tech megatrend on the horizon that will run on data.

5G is the new superfast cell network that promises to change the world. At up to 100X faster than 4G, its lightning speed will totally change how we use the internet.

Like self-driving cars, the deployment of 5G technology will lead to a massive spike in data consumption.

Artificial intelligence (AI) and augmented reality (AR)—two other technologies poised to take the world by storm in the coming years—will require unfathomable amounts of data.

The writing is on the wall. Global data usage is set to skyrocket. In fact, Intel’s CEO believes humans and machines will create 10 times more data over the next five years.

You’d be hard-pressed to find a more obvious investing megatrend. And there are many ways to play this opportunity, but data centers are arguably your safest bet.

These servers collect, store, process, and distribute large amounts of data around the clock.

When you watch a movie on Netflix (NFLX) or listen to a podcast on Spotify (SPOT), it’s processed in one of these facilities. The same goes for when you order a tube of toothpaste on Amazon (AMZN). 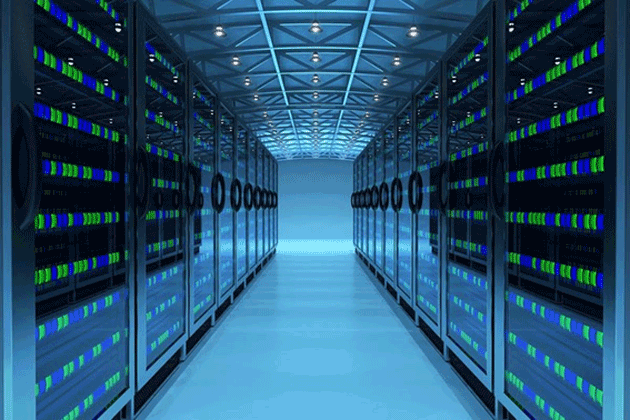 Data centers are the central nervous system of the digital world. They’re as critical to today’s world as railroads were during the Industrial Revolution.

So, it shouldn’t come as a surprise that they’ve been some of the top-performing stocks in recent years. 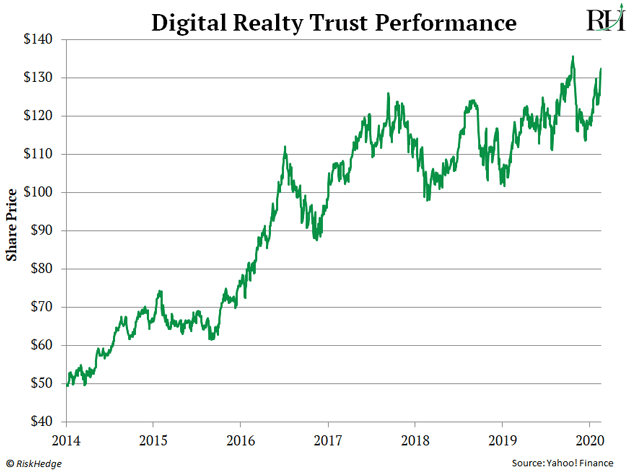 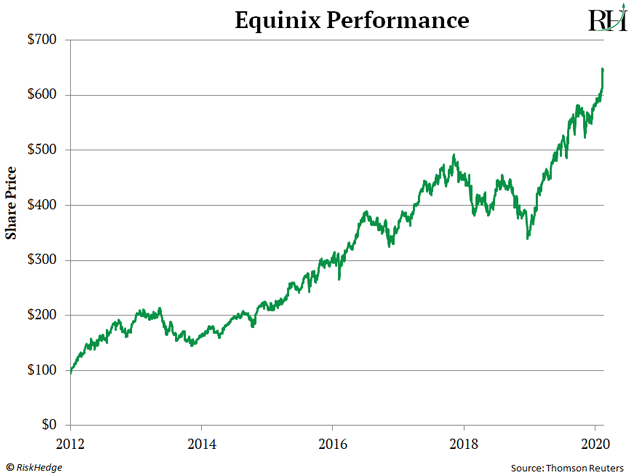 Smaller data REITs CoreSite Realty (COR) and CyrusOne (CONE) have both soared 125%+ over the past five years.

Any of these REITs would make a great addition to your portfolio. But Digital Realty and Equinix are the safest bets.