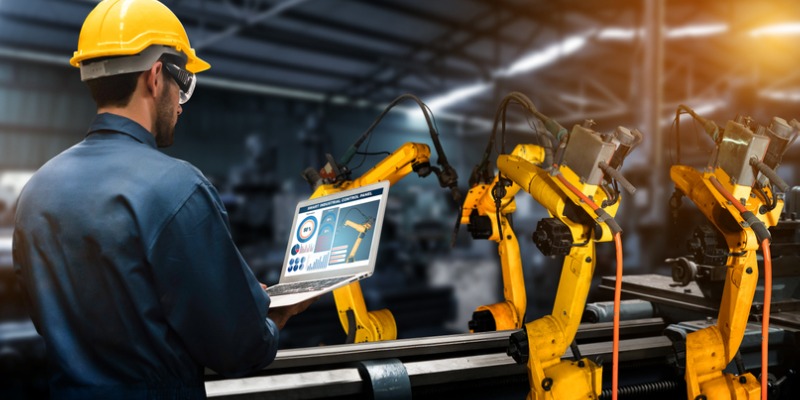 This “niche” IoT sector is ready to boom

You will hear it more and more as we near the November elections… and in the years to come.

It means to bring a business that was moved overseas back home to America.

You see, the era of moving US production to China for cheap labor is over.

The US and China have been political rivals for a long time. Now they’re increasingly becoming outright enemies. They have serious disagreements over Taiwan and the Russia-Ukraine war.

According to chipmaker Nvidia (NVDA), the US government imposed this ban to prevent the chips from being acquired by a “military end user.”

Actions like this are risky because many important US firms manufacture in China. There’s Apple, IBM, and Cisco to name a few…

China could retaliate—and its first targets will be American manufacturers. China could impose extra taxes on them, take away licenses, and even seize their assets.


US companies could lose billions in the blink of an eye…

The only solution is to move production home where it’s safe.

A recent survey showed 83% of US manufacturers are planning to reshore.

They know their factories abroad are no longer safe.

But bringing all that manufacturing home will be challenging.

The US government is helping with cash.

And Biden announced a second reshoring plan. He calls it “Buy American.”

Any goods the government buys must be 75% made in America. Office supplies, computers, air conditioning… The government spends billions of dollars on these. It’s a huge incentive for companies to manufacture in the US.

To further support the effort, Missouri and Kansas are offering tax breaks to support reshoring to their states.

The stage is set for reshoring to kick into high gear…

How do you imagine manufacturing?

If it’s long assembly lines of workers, that era is gone.

Five years ago, an average factory had 126 robots per 10,000 employees. That number is twice as high today.

You can find robots in all kinds of “human roles.” They’re taking over precision tasks. They’re inspecting products for defects. And they’re moving stuff around warehouses…

The more repetitive a job is, the greater chance a robot will do it in the future—and manufacturing is all about repetition.

So, when US companies reshore, they won’t build their factories for humans.

They’ll build for the future. Meaning, they’ll install robots anywhere they can.

They need to communicate with one another—or else a warehouse full of robots would devolve into chaos.

When robots are working in unison as part of the same system, magic happens.

You’ve got assembly robots, drones, automated forklifts, and other machines. They each need to execute their role while interacting with others and reporting to the central system.

The way they all communicate is through the Internet of Things (IoT).

Last year, 1,800 US companies reported they are reshoring—a record high.

And 58% of US manufacturers say IoT is vital to their operations.

That’s why I’m keeping a close eye on industrial IoT stocks. Companies building factory robots and systems connecting them. These companies are raking in the money...

Take Novanta (NOVT), for example. It makes high-precision equipment like scanners, lasers, and robotic arms. That’s everything you need for an automated assembly line. Novanta’s products are so high-tech, doctors use them for surgeries. The company grew sales 29% in the last year.

Another example is Belden (BDC). The company grew its revenues 33% this year. Belden sells high-end cables—the kind needed to ensure a smooth connection between devices on an industrial scale.

Then there’s SiTime (SITM). Its revenues doubled last year. The company makes tiny chips that power factory robots. The chips tell them what, when, and how to execute tasks.

The market-wide sell-off has knocked these stocks down. Despite that drop, their businesses are still booming.

These stocks are at the very top of my watchlist… but I’m not trading them yet. I’m waiting for them to stop falling and carve out a bottom. When they do, I expect very profitable setups to emerge.

In short, I believe these stocks can power higher for years as the reshoring megatrend takes hold. I’m waiting for the perfect trigger moment to enter them in order to minimize risk and maximize upside.​