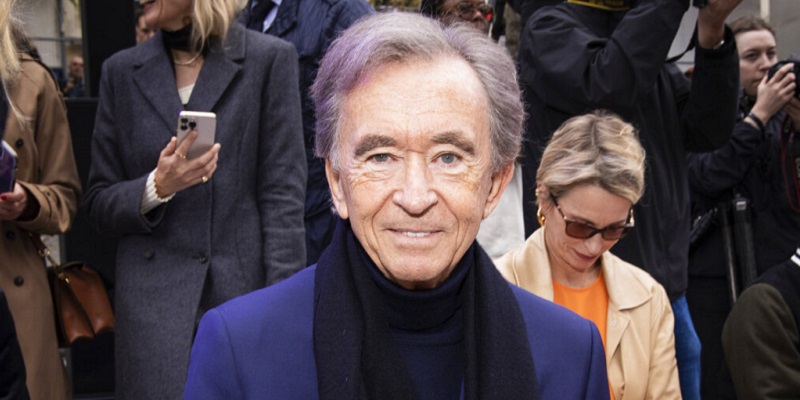 Will you invest in the world’s richest guy with me?

1) Can you name the world’s richest man?

Nor is he a hedge fund manager, tech tycoon, or Russian oligarch.

The richest person on earth is a French guy who sells women’s purses...

If you don’t know the name, Arnault is the CEO of luxury empire LVMH Moët Hennessy Louis Vuitton (LVMUY)—best known as the parent company of Louis Vuitton.

Bezos, Gates, and Musk made their fortunes “the regular way”—by developing game-changing products that millions of people use every day.


Arnault got rich in a whole different way. He built a portfolio of super luxury brands like Louis Vuitton, Dior, and Dom Perignon.

And let me tell you… a prestigious brand is a powerful thing.

A no-name handbag from Target might cost $100—tops. But women line up around the block to hand over $10,000 for a Louis Vuitton. These brands are goldmines. By simply stamping its logo on an item, LVMH can charge 100X the price of its competitors!

This vaulted Arnault to the top of the world’s richest people list. And transformed LVMH from niche retailer to Europe’s most valuable firm. In fact, it’s now worth more than Tesla… JPMorgan… Walmart… and Facebook.

I first told RiskHedge readers about this juggernaut in June 2019. LVMH has more than doubled since then. While most stocks got pummeled over the past year, the luxury empire just hit fresh highs. 2) This all comes crashing down in a recession, right, Stephen?

You might think luxury spending would fall off a cliff if the economy tanks—but that’s not usually what happens.

LVMH came out unscathed, with revenues “only” flatlining. It navigated the crisis better than JPMorgan, Microsoft, Disney, and Nike.

This makes sense when you think about it. Folks who spend thousands of dollars on a shirt are rich enough that they don’t have to “cut back” during a recession like normal folks do.

Watches? Rolex usually hikes prices once a year. Sales are so strong the Swiss giant raised prices twice in the past few months.

Investing in luxury with a recession potentially looming is counterintuitive… but it’s a smart move.

Despite being one of the most valuable firms in the world, LVMH is unloved.

You can easily buy LVMH (LVMUY) on the US stock market. But it’s a French company and not listed in major indices like the S&P 500. That’s why most US investors “miss it.”

As I mentioned, LVMH doubled since I first told RiskHedge readers about it. It’s still one of my top long-term investments for the next 5–10 years.

Inflation has been the chief concern for markets over the past year.

Our healthcare bills shot up. It costs more to fill your tank. We’re paying more for a dozen eggs.

If you’re worried 2023 will bring more inflation pain, I have great news for you.

The last year showed beyond any doubt that rapidly rising inflation crushes stocks.

But as I’ve written over and over again… the direction of inflation is what matters most to investors. In other words, is the inflation rate rising or falling?

Here’s what it means for you today…

The latest US inflation numbers came in last week. Prices rose 6.4% over the past year.

That sounds bad. After all, besides the past few months, that’s still the highest level since 1982!

But it’s actually a great thing because inflation has now fallen six months in a row. That’s all that matters—and it’s a GREAT sign for stocks.

The year-over-year inflation rate topped out six months ago, in June. And guess what? The S&P 500 jumped roughly 10% since then.

My friends, inflation has peaked. I’m even more sure of this today than I was when I first made the call in September.

That means it’s time to be bold and load up on stocks.