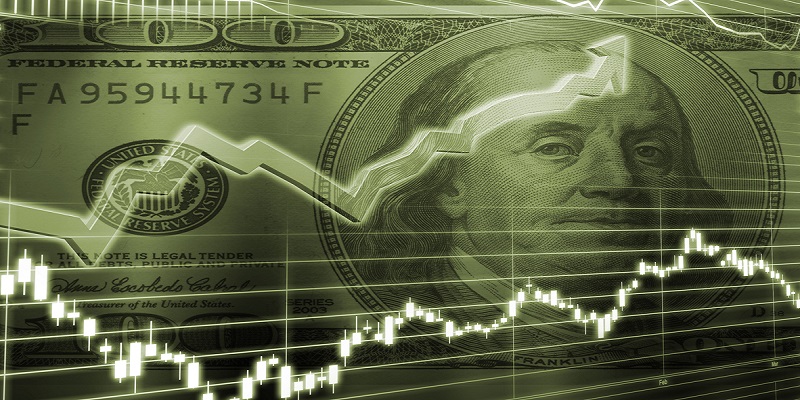 Are stocks bottoming as you read this?

Editor’s note: Quick reminder that this is your last chance to access Chris Wood’s new $2 EV stock. Go here to access this research before we pull it down at midnight tonight. Now, onto Stephen’s RiskHedge Report...

My wife nearly fainted in the bank the other day...

She was exchanging euros for US dollars for her upcoming trip to NYC.

For as long as I can remember, €1 bought you more than a dollar...

Heck, last summer, a euro got you a buck twenty.

My wife’s jaw dropped when the bank teller quoted her the exchange rate.

Check out this chart…

It’s the USD Index, which measures the dollar against a basket of foreign currencies like the euro, Japanese yen, and British pound.

When this line is spiking, the US dollar is rapidly gaining value compared to other currencies. The US Dollar Index jumped 11% over the past 12 months to fresh 20-year highs.

A strong dollar is great for Americans vacationing overseas…

Whether you’re ordering some nice French wine or renting an apartment in London—you’re getting a 20% discount compared to last summer.

But a strong dollar presents a big challenge for investors like you and me.

Take another look at the USD Index over the past 25 years: It’s a “who’s who” of the worst market moments of the last 25 years. And every single one was accompanied by a surging dollar.

And 2022 has been the worst year for a 60/40 stock/bond portfolio since World War II! It’s no coincidence the dollar is having its best year in decades.

Simply put, it’s tough for investors to make money when the dollar is surging.

I could spend the next ten pages discussing why this is the case, but here is the Cliffs Notes version:

Just like your morning coffee and grocery bill is priced in dollars, so too is 90% of global trade.

Barrels of oil, copper wire, bars of gold, and tea leaves are all denominated in USD, no matter where they’re from.

When the dollar rises, it pushes up the cost of these items around the world. That means folks can afford less of them, which usually weighs on the prices of other goods.

Did you know S&P 500 firms get roughly 40% of their revenues from overseas?

For example, Apple sells the iPhone across Europe. Folks pay in euros. Same for Tesla and its EVs.

When the dollar is ripping higher, overseas revenues are worth less in dollar terms… which eats away at profits.

Giant companies like Microsoft, Google, and Netflix warned the strong dollar would cost them millions of dollars in lost profits this year.

Folks love to hate the dollar. We’ve been hearing about its flaws for decades.

But, like it or not, the greenback is still the king of global currencies. And it’s one of the most powerful forces driving the stock market and our portfolios today.

And as much as stocks hate a strong dollar… they love a weak dollar.

The USD Index fell 3% over the past week.

That’s why I’m watching for the strength in the dollar to ease up. That will likely be the first—and most reliable—sign markets have bottomed out.

As I write, the dollar is stumbling to near its two-months lows.

If it keeps up, expect stocks to soar.