The obvious question here is: Why is Amazon getting into cars?

As I’ll show you, it has a trillion-dollar reason... one that smart tech investors should pay very close attention to...

If you’ve been following my colleague Stephen McBride’s work, you know computer vision is one of today’s biggest moneymaking opportunities.

In other words, computer vision is the bedrock on which tomorrow’s most exciting technologies will be built. It’s going to bring us drone delivery networks, vastly more efficient healthcare systems, and most important, true self-driving vehicles.

Zoox is one of just a few companies mastering this new technology. Here’s Stephen:

Zoox’s cars cruise around the busy streets of Las Vegas almost daily. They drive in and out of bustling hotel pickup areas… nudge around construction zones… and merge into high-speed traffic. And the human “safety driver” doesn’t have to touch the steering wheel once!

Zoox’s high-resolution “eyes” recognize everything around them. They detect cars on the opposite side of the road… see the color of traffic lights… and track pedestrians on the sidewalk.

The real magic is how Zoox’s car “understands” what it sees. For example, when it spots an ambulance with its sirens on, it knows it might have to pull over and let it pass. 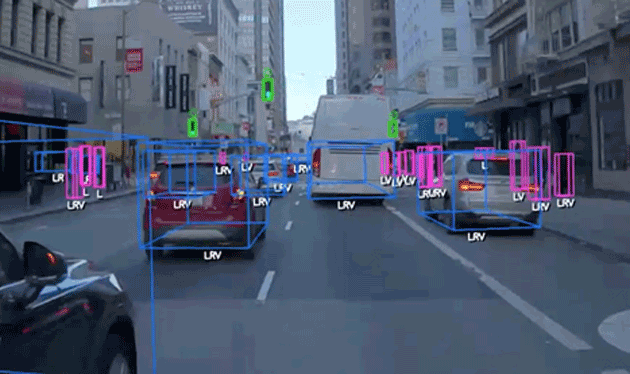 Zoox’s goal has always been to develop its own “robotaxi” network. It wanted to make a self-driving car from the ground up. Its prototype looks like this: 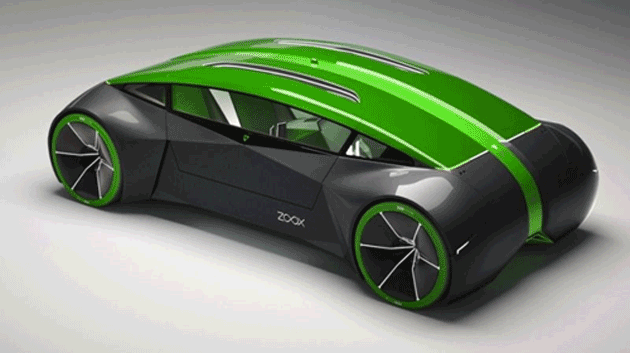 I’ve been following Zoox for months in my IPO Insider “watchlist”—where I monitor private companies moving toward their IPO.

Zoox put its IPO plans on hold back in May and went shopping for a buyer. Then, along came Amazon…

In its early days, Amazon largely relied on other companies like FedEx (FDX) for deliveries.

But Amazon has been steadily taking over deliveries and cutting out the middlemen. Last year, Amazon delivered around 3.5 billion packages.

By 2022 it will likely deliver more packages than FedEx and UPS (UPS) combined!

Moving all this stuff around is very expensive. Amazon’s fleet of over 20,000 trucks is growing by the month.

And paying truckers to drive them is a major expense. Amazon seeks to drastically reduce this expense with trucks that drive themselves.

In fact, Amazon has already started using self-driving trucks to transport cargo on the I-10 highway that runs from California to Florida.

This tells me the acquisition isn’t just a logistics play for Amazon. Amazon intends to compete with other self-driving car heavyweights like Google–owned Waymo.

Most people know Tesla as the world’s biggest electric carmaker. In fact, it recently surpassed Toyota as the world’s most valuable carmaker period. Its stock now trades for over $1,200 a share.

But Tesla is also a clear front runner in self-driving cars. Its vehicles have driven 3.3 billion miles in “fully autonomous” mode.

The stakes are massive. Every year, people spend nearly $5 trillion on ground transportation.

So, the company that dominates this space could add hundreds of billions or even a trillion dollars to its stock value.

Right now, it’s too early to tell who will come out on top…

But I’m intrigued by Amazon, which has an impressive history of invading then dominating new markets.

Now that it’s armed with Zoox’s computer vision tech, could self-driving cars be next?

One thing is for sure:

The winner will be the company that can successfully take “computer vision” tech to the next level.

PS: RiskHedge Chief Analyst Stephen McBride says this $4 stock is, hands down, the #1 way to play computer vision. This little stock will soon be front-page news... because its new tech is making its way into billions of devices... like self-driving cars and possibly even your iPhone! Go here to read Stephen’s full report on this disruptive computer vision stock.