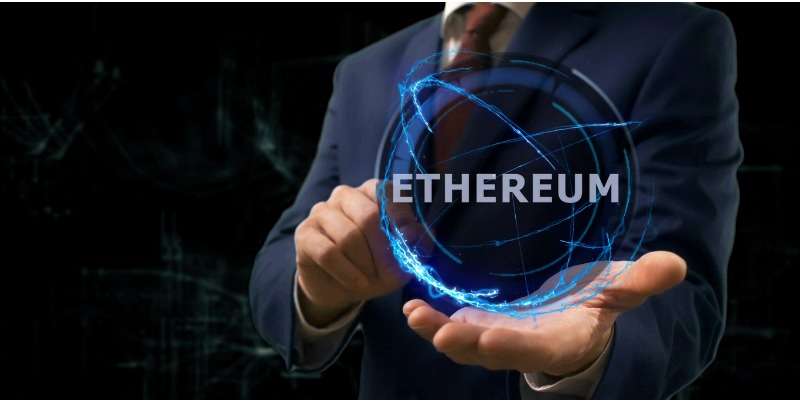 By Thursday morning, the most anticipated and talked-about event in crypto history will be happening...

If you haven’t read my recent interview with Executive Editor Chris Reilly, I highly recommend you do. In it, we break down some of the basics about the Merge.

And if you’re looking for my top ways to profit from this landmark event, I encourage you to check out my briefing now while it’s still available.


But today, I’m doing something different...

As you may know, the Merge has dozens of moving parts, many of which are wildly misunderstood.

To help you separate fact from fiction and get to the truth, I’m debunking eight of the biggest Merge “myths.”

Today, Ethereum is slow and expensive just like dial-up internet back in the ‘90s. Its network maxes out at around 30 transactions per second. Visa can handle 1,700 per second.

The Merge won’t really move the needle regarding how fast Ethereum can process transactions.

When Ethereum switches to staking, its blockchain will produce a new “block” every 12 seconds. That’s roughly 10% faster than in the current PoW system.

It lays the groundwork for “sharding.” Without getting into the weeds, sharding is expected to help Ethereum process 100,000+ transactions per second for fractions of a penny. But it’s likely two to three years away from being ready.

In the late ‘90s, many folks believed computers would stop working on January 1, 2000, as they hadn’t been programmed to “switch over” to the new millennium.

Folks have similar concerns about crypto businesses, like Aave and Uniswap, running on Ethereum’s blockchain today. They’re worried they won’t port over after the Merge.

The Merge doesn’t affect any of the “apps” built on Ethereum’s blockchain. I asked several crypto projects what they were doing to prepare for the Merge. They all gave me the same answer: "nothing."

A few years ago, Ethereum developers released the “Ethereum 2.0” roadmap, which included their plans to switch to staking.

This led many investors to think Ethereum was creating a new “ETH2” blockchain. They also believed existing ETH tokens would be replaced with ETH2 tokens. Scammers even caught on to this and tried to con folks into swapping their ETH for worthless ETH2 tokens.

The Merge isn’t creating a new ETH2 blockchain or token. Your ETH tokens won’t change or convert into ETH2 tokens after the Merge.

If you own ETH or any Ethereum-based ERC-20 token, you don’t need to do anything with your funds or crypto wallet before or after the Merge.

Tokens held in your wallet before the Merge will still be accessible after the Merge. No action is required.

The $9 billion/year ETH mining industry disappears after the Merge.

A small group of miners aren’t happy about this and plan to “fork” Ethereum by breaking away to start a separate blockchain. Some folks are concerned this contentious fork will hurt Ethereum once it switches to staking.

In short, all the valuable crypto businesses are backing Ethereum’s switch to staking. Forks will amount to a whole lot of nothing.

Ethereum’s yield isn’t fixed. How much you can earn staking ETH depends on two factors:

Ethereum’s revenues will be redirected to investors who stake their ETH post-Merge. The yield depends on how much Ethereum earns in fees. If fees rise, stakers will earn more and vice versa.

Today there are 13.6 million ETH staked. Ethereum’s revenues are split equally among all these tokens. Imagine if Ethereum’s revenues didn’t change, and the amount of ETH staked increased. That means each ETH would earn a smaller slice of total fees, and yields would fall. The opposite is also true.

Based on these two variables, my current calculations suggest ETH staking yields will rise from roughly 4% to 5.5% after the Merge. This is a bigger jump than you think.

The 4% yield you earn on ETH today comes from freshly minted tokens. In other words, Ethereum is printing ETH and handing it out to investors. This “token inflation” dilutes everyone’s share of the network, including yours and mine.

After the Merge, Ethereum’s yield will come from fees… not inflationary rewards.

In geeky finance speak this means Ethereum’s “real yield” will rise from 0% today to 5.5% post-Merge. This will be the highest real, non-inflationary yield in crypto by a long shot.

Many folks are concerned that once Ethereum switches to PoS, it will be less secure.

Mountains of research from top crypto developers suggest this isn’t true. Without getting into the weeds, the cost of hacking a well-run “staking” blockchain is 5X–10X more than a PoW chain. In other words, hackers will need a lot more cash to take down Ethereum once it adopts staking.

In the early days, anyone could mine BTC and ETH on a standard laptop. But now, mining is dominated by companies with tens of millions of dollars.

They can afford to fill up an entire warehouse with a mining setup. In fact, the top five bitcoin miners currently control 70% of the network. If these miners banded together and decided to attack bitcoin’s blockchain, they could wreak havoc. I don’t expect this to happen, but it’s a risk for bitcoin.

When Ethereum adopts PoS, anyone with a laptop and an internet connection will be able to process and validate transactions.

This makes Ethereum more decentralized and harder to attack.

Ethereum will also be able to get rid of bad actors after the Merge. Say Ethereum discovered a validator had tried to attack its network. It can pinpoint the hacker, seize their ETH, and bar them from the network. This targeted punishment isn’t possible in the current PoW system.

In short, Ethereum will be more secure when it switches to staking.

And it’s not too late to capitalize.

If you’re ready—go here now to make sure you don’t miss out.

[***Please note: After the Merge, this briefing will not be available anymore.]