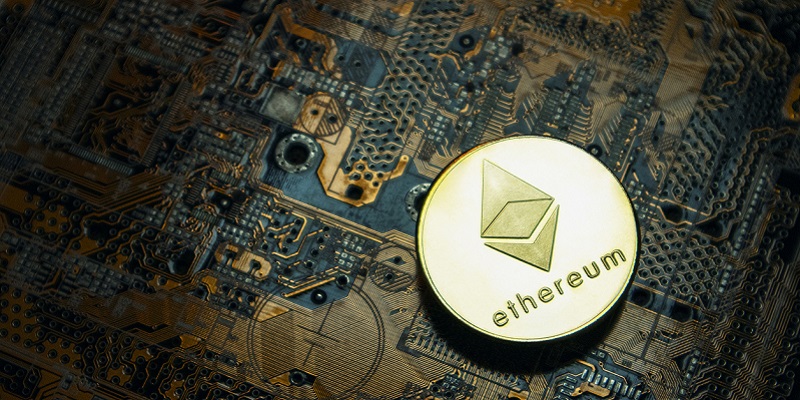 The most important event in crypto is weeks away…

And now, it’s official: The most important event in crypto is approximately one month away.

Ethereum (ETH), the second-largest crypto, is getting a monumental upgrade—one all crypto investors should be excited about.

Chris Reilly: Stephen, 2022 has been the ultimate roller coaster ride for Ethereum—one of your favorite cryptos.

During the first six months of the year, ETH fell around 75%.

But your conviction never wavered. You told your premium readers to stay calm and keep the big picture in mind. You never sold a single token... and you never changed your “BUY” recommendation.

Today, ETH is waking up in a big way.

And you’re more bullish on its future than ever.

But short-term price fluctuations aside… you say a fundamental change is coming.

Essentially, Ethereum is about to get a whole lot better...

Stephen McBride: In short: A new, vastly improved Ethereum is set to go “live” in the next 4‒5 weeks.

I’ve been telling my premium readers about this upgrade since last year, and now it’s right around the corner. Developers successfully upgraded its third and final main test on Wednesday evening. This was the last “dress rehearsal” before the upgrade, which is scheduled to happen around September 16.

I’ll share what it all means in a moment. But before I get into that, let me talk about Ethereum itself.

Here’s the key: World-changing, disruptive businesses are being created at astonishing speeds on Ethereum’s blockchain. Everything from crypto exchanges and even crypto banks are built on top of it.

Ethereum makes money from all this activity happening on its blockchain. Roughly $25 billion worth of transactions settle on Ethereum each day. In just the past month, Ethereum has raked in over $100 million in fees.

That makes it very different from other cryptos like bitcoin (BTC), which is just “digital money.”

Chris: Can you give a quick example of an app built on ETH?

Stephen: Uniswap (UNI). It’s basically a stock market, but for cryptos. To buy and sell cryptos on Uniswap, you pay with Ethereum. Each transaction is verified by a certain method, but currently, that method is very slow.

Stephen: Exactly. PoW allows individual computers on a network to agree on which transactions are legitimate. PoW ensures only legitimate transactions are added to the blockchain. It’s an amazing invention that makes bitcoin and Ethereum virtually tamperproof.

But it’s far from perfect...

Chris: I know that it’s an energy guzzler—and one reason why environmentalists hate crypto.

Stephen: Yes—PoW takes a ton of energy to run. You’ve probably heard about bitcoin and Ethereum “miners.” In short, miners validate transactions on PoW blockchains by racing to solve difficult math puzzles. The problem is mining eats up a ton of electricity. Bitcoin’s network uses more electricity than countries like Denmark, Chile, or Finland!

Stephen: Ethereum is changing to “Proof of Stake” (PoS)—and that’ll dramatically improve it in multiple ways.

The first is that it’ll cut energy use by 99.9%. Without getting too into the weeds, PoS transactions are verified by users “staking” their Ethereum. This will get rid of the need for Ethereum miners that come along with PoW. Energy-hungry mining farms like this will soon be a thing of the past. Ethereum mining is expensive. You need giant servers, thousands of special computer chips (which cost $4,000+ a piece), and cooling systems running 24/7. Add in sky-high electricity costs, wages, and rent… and you have a costly operation.

Miners are forced to sell roughly 80% of their ETH rewards to cover ongoing expenses.

This “forced selling” stops when Ethereum switches to staking. Right now, miners are selling roughly $25 million/day of Ethereum just to pay expenses. That plunges to effectively zero on the day of the merge.

Stephen: Exactly. That’s thanks in part to the “burning” mechanism Ethereum added last August. Essentially, it’s like a stock buyback that buys and “retires” ETH. This makes the value of ETH go up, rewarding holders of the token.

Stephen: There’s a key part to all of this that we didn’t get into.

And that’s the “Triple Halving.”

See, bitcoin has already had three separate halving events, and each halving coincided with a huge runup in bitcoin’s price.

Bitcoin jumped 8,000% after the first halving. It almost quadrupled in the year following its second halving. And it handed investors 6X gains after the most recent halving.

Halvings cut bitcoin’s daily supply by 50% every four years. When Ethereum switches to staking, it’ll be the equivalent of squeezing three bitcoin halvings—which happened over 12 years—into a single day.

For folks curious about Ethereum’s triple halving—and how to profit from it—I encourage you to check out this briefing.

Go here for the full details.