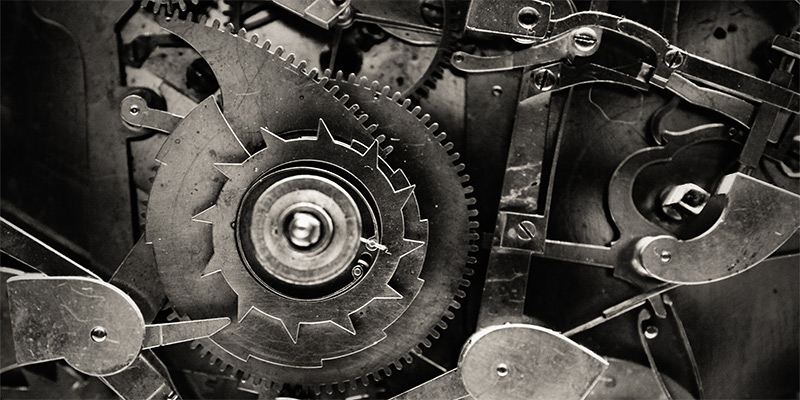 Why I’m Buying a Piece of this $145 Million Machine

Editor’s Note: Welcome to issue #1 of the RiskHedge Report, a weekly advisory dedicated to helping you profit from today’s disruptive trends.

Every Thursday you’ll receive a valuable essay from Chief Analyst Stephen McBride. Although this is a free subscription, he won’t hold anything back. You’ll get Stephen’s top investment ideas and find out the exact stocks he’s buying with his own money.

Why I’m Buying a Piece of this $145 Million Machine

Can I let you in on a well-kept secret in tech?

You’ve probably heard how scientists are on the cusp of huge breakthroughs that will transform our world.

For example, soon robot cars will be so safe that you can sleep while they drive you to work.

But the thing is… it’s impossible to build a car this advanced today.

And the reason why is surprisingly simple.

To get around safely, a driverless car must see, understand, and react as fast as a human. There can be no delay in its “thinking” whatsoever. Seeing a cyclist an instant too late could be fatal.

This means the computers in the car must process millions of pieces of information every second. And that’s something current computers just can’t do.

After 12 years in development, it’s ready. And the biggest computer chip makers like Intel and Samsung have already ordered 30 of these $145-million machines.

You should see this monster machine. It weighs 220,000 lbs. and takes 6 fully-loaded Boeing planes to haul.

And here’s the thing… only one company in the world can make it.

The computer chip in your phone is 3,500 faster than what NASA had. Computer chips are the “brains” of electronic devices.

Your brain contains 100 billion cells called neurons. They’re tiny switches that allow you to think and remember. Computers also contain billions of “brain cells” called transistors. The more transistors in your computer, the faster it is.

Think about that: 4.3 billion on an area the size of your thumbnail. These transistors are so small that they’re just 87 nanometers apart. That’s 87 billionths of a meter.

For decades, engineers have been making faster computers by cramming more and more transistors onto chips. The problem is, current technology has reached its limit.

With the old way of doing things, we can’t fit any more transistors on a chip. Which means computers can’t get any faster.

Computer chips are made through a process called photolithography. It’s Greek and means “to print with light.”

In short, a powerful light etches patterns into a silicon wafer. That’s what creates transistors. Here’s an image that shows how the EUV light etches the pattern into the silicon. 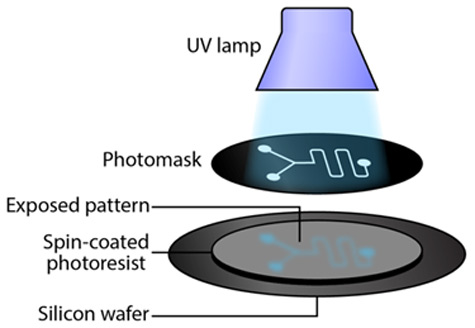 Current machines can print a “brain cell” into the silicon wafer every 87 nanometers. To give you some perspective, a strand of human hair is about 75,000-nanometers wide.

The EUV machine can print a transistor every 10 nanometers. That means it can put 7,500 on the width of a single strand of hair.

The EUV’s light beam is so precise that it’s equivalent to shining a laser from the earth and hitting a quarter… on the moon. How incredible is that?

Most important, this machine will be able to produce chips that are up to 100-times faster than what we have today.

And that’s going to make driverless cars a reality. Not to mention networks so fast that you’ll be able to download a whole movie in 3 seconds.

It’s the only company in the world that’s been able to build the EUV machine.

After years of trying, competitors Nikon and Cannon weren’t able to build their own versions. They failed to develop the EUV light beam needed to etch transistors into the chips every 10 nanometers.

The fact that ASML’s scientists and engineers built a machine that nobody else in the world can speaks to the quality of their team.

That’s around 10% of their total sales. And they plan to deliver 50 EUV machines in the next two years.

That would add $6 billion to their revenue and account for one third of their sales.

ASML’s average net profit margin over the past 5 years is 24%. That means for every $1 of sales, $0.24 in profits was available to reinvest in the business.

This is phenomenal, and it even beats some of America’s best businesses like Google… which has a 21.5% margin.

Self-driving cars are just one of dozens of world-changing technologies that ASML’s chips will enable. I expect ASML’s chips to run the supercomputers that help scientists cure disease… to make true artificial intelligence possible... to bring us more “real” virtual reality.

As I mentioned earlier, companies like Intel and Samsung have ordered 30 machines already. This gives ASML an order backlog that gives us a pretty good idea of its future strong revenue growth.

And as more driverless cars begin to hit the road (they’re already driving around Arizona), this backlog should only grow.

I’m personally buying ASML today and plan to hold it for at least 2 years. The stock is trading at $196 per share and is up 10% this year.

The RiskHedge Report is this free weekly essay you’re reading right now. Each week I’ll send you research and updates on our top investment ideas.

If you’re not yet a subscriber and you’d like to be, please scroll down and enter your email address in the green box below.

And please write me anytime at riskhedgereport@riskhedge.com. I personally read every note that comes in.

I’ll be in touch next week.