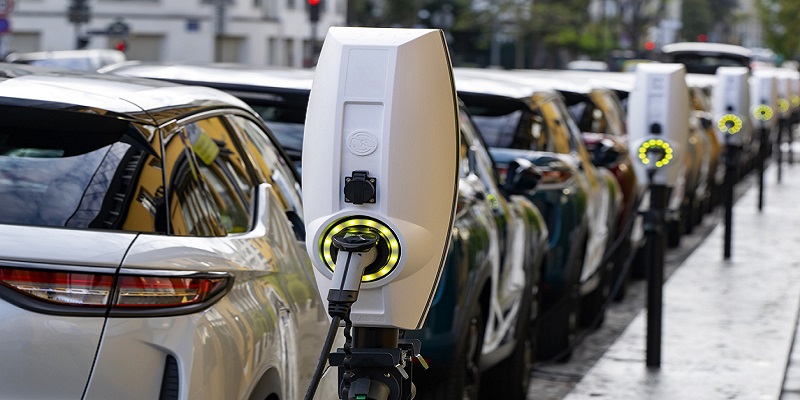 Have you ever been lucky enough to own a “tipping point” stock?

They can create extreme sums of wealth in relatively short periods of time.

The greatest tipping point stock in history handed early investors a 102,400% gain in 10 years. That turns every $1,000 invested into over $1 million.

But for the first time in years, I’ve found a new tipping point stock trading for just $2.

I’ll tell you about it in this essay.

Look at this hideous thing… Believe it or not, without this hunk of junk, we’d still be stuck in the early days of the Internet.

Many folks don’t know that by the time internet reached mass adoption in the ‘90s, it was already quite old.

The first internet came out in the late 1960s. It connected a computer from UCLA with one at Stanford 300 miles away. It tried sending a message, “LOGIN,” but only the first two letters went out before the system crashed.

Early versions of the internet suffered a huge problem… they all used different languages. There was no way for information to pass between them, or for you to access them all from a single computer.

Then, in 1986, a little-known startup named Cisco (CSCO) developed this ugly but crucial piece of hardware that changed the world forever.

They called it a multi-protocol router.

It could translate data between different “internet languages” and connect them into one network.

At first Cisco’s founders sold these routers from their garage, and only got clients by word of mouth.

Still, they landed more than $200,000 worth of contracts in the first month alone.

Sales exploded from there... as did the market value of Cisco. By making a seemingly small improvement to a breakthrough technology—it unleashed the unstoppable growth of the internet.

That’s the simple formula for a tipping point stock:

1 – Take a breakthrough technology that hasn’t reached mass adoption yet.

2 – Figure out WHY it hasn’t reached mass adoption.

3 – Solve what is holding it back.

In 1999, it released the first widely available graphics processing unit (GPU), a device that renders high-quality videos for computers.

Other companies had been experimenting with GPUs for years. Nvidia perfected them… and unleashed a 3D revolution.

With Nvidia’s GPUs, video games became more realistic than ever. Animated movies like Shrek started popping up and making hundreds of millions of dollars at the box office. And magazines began "photoshopping” pictures instead of relying on photographers to get the best possible shot.

Without Nvidia’s new GPUs, none of this could’ve happened. The company went from obscurity to dominance in just over two years. And it handed investors 1,163% returns in the process.

Investing in a patented technology that will tip an industry from one that’s “promising” to “explosively growing” is one of the surest ways to multiply your money.

I’m sure you’ve seen more and more Teslas on the road lately.

But only 1.03% of the vehicles on US roads are electric.

There’s a huge problem holding them back.

And this $2 tipping point stock owns the solution.

In short: One tiny company from California owns a patented technology that could become mandatory in every EV made.

It solves the issue holding EVs back from mass adoption.

Go here to read my newly released research on this stock.