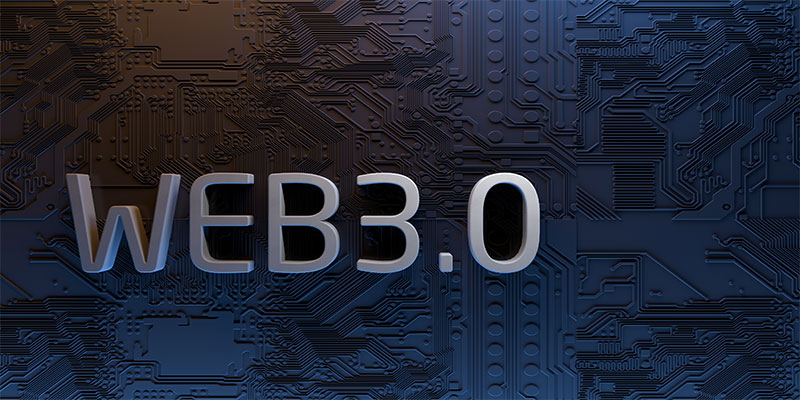 Read this before you invest in “Web3”...

Have you heard of Web3?

Yahoo! Finance is calling Web3 “the new version of the internet everyone is talking about.”

Bloomberg is saying it’s “crypto’s plan to retool the internet.”

In the past few months, interest in Web3 has skyrocketed… 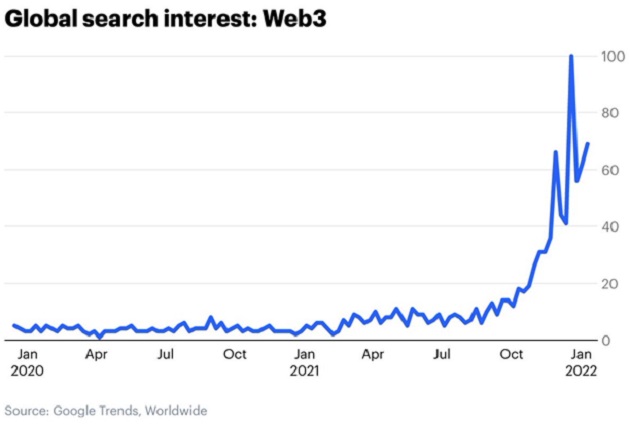 But what is Web3 really?

Can it make you money?

Chris Reilly: Stephen, let’s get right to it... What’s Web3?

Stephen McBride: In a nutshell, Web3 is simply the new catch-all term for crypto.

You see, back when the internet started getting popular, it was called the World Wide Web or the Information Superhighway. It sounded wonky and confusing. Then it got rebranded as the internet and achieved mass adoption.

Web3 is a fresh coat of paint for crypto. It’s very smart framing. When folks hear “crypto” they think of digital money and coins. That turns many folks off from exploring further.

But Web3? People already know what the web is… they use it every day. Web3 makes crypto sound like the next generation of the internet—an inevitable step everyone can get behind.

Chris: So how will Web3 be better than the current internet?

Stephen: Think back to the early internet, which we can call Web1. Back in the 1980s, it was used primarily by companies. It wasn’t commercialized, and you had to be an expert to use it.

If you can believe it, back then advertisements were banned on websites. It was also very costly to use—you’d get charged by the number of pages you viewed. Web1 lasted from about 1989 to 2005.

Web2 is what we think of as the internet today. It’s accessible and affordable. It’s where businesses can market to consumers and people can connect through social media apps like Facebook and Twitter.

But this model is broken...

Web3 is going to fix it.

Stephen: The internet is essentially owned by corporations. A handful of Web2 companies like Google, Meta (FB), Apple (AAPL), and Amazon (AMZN) run the show.

They facilitate billions of users and consumers, and they’re in complete control of everything you do. If you don’t play by their rules, you’ll be banned from using their services. They’re so powerful, they can effectively silence people and opinions they disagree with.

Behind the scenes, they’re always collecting your data and selling it to advertisers—and they keep 99% of the profits for themselves.

The goal of Web3 is handing ownership and control of the internet back to the users.

Chris: And you think Web3 will take over the internet?

Stephen: I do, because it comes down to the incentives. As more Web3 businesses form, creators and consumers will be less likely to work with Web2 platforms.

Think about it—if you’re a creator and you post videos on YouTube, you’re getting a fraction of the ad revenue. YouTube takes 45% from each ad. Web2 platforms are geared to benefit the platform, not the user.

The same goes for developers. Zynga is a game developer that mostly hosted its games on Facebook. People could log into Facebook and have all their progress saved to their account. In 2020 Facebook changed one of its rules, and no longer supported the technology that ran Zynga’s games.

Zynga had to shut its games down on Facebook. The company and its millions of players were at the mercy of Facebook.

Web3 puts ownership and control in the hands of the users instead of the companies. It completely flips the script.

Take Ethereum (ETH) for example—it’s a crypto I’ve talked about a lot in RiskHedge Reports. Ethereum is worth over $300 billion today. But Ethereum isn’t a company. It doesn’t have a CEO, employees, or an office.

It’s owned and controlled by ETH holders all over the world. Ethereum wouldn’t function without a community of users and developers. There’s no single person or company in complete control of it, not even the creator Vitalik Buterin.

Ethereum is showing what Web3 truly is. And it’s doing this all through blockchain technology. Put simply, blockchains are a way to verify who owns what. Computers over the internet “talk” to each other, making transactions a verifiable public record.

Because verification happens through thousands or millions of computers around the world, falsifying data is impossible. All of that computing does take a lot of energy though, which is why some people say crypto hurts the environment.

Chris: What about Coinbase (COIN), the platform where you can buy and sell cryptos? Is that Web3?

Stephen: No, because Coinbase is a centralized company. It’s owned and controlled by a handful of people. And it keeps 100% of the transaction fees it generates for itself.

Web3 is all about decentralized networks, networks run and owned by the people.

Compare Coinbase to Uniswap (UNI), a decentralized exchange where you can buy and sell cryptos. Like Coinbase, Uniswap also makes money charging fees each time you buy or sell crypto on its platform. But instead of all that money going into Uniswap’s bank account, most of the fees are handed back to Uniswap users.

In the past 90 days, Uniswap has paid out over $342 million to users. Uniswap couldn’t exist without the combined effort of its community.

Chris: Can you give us another example?

Stephen: One incredible Web3 crypto is Helium (HNT). Its mission is to build a wireless network that’s run and owned by the public. Its hotspot routers reach about 200X further than a standard Wi-Fi connection.

Anyone can go out and purchase a Helium router to set up in their home. Then they’ll be able to connect with thousands of other Helium routers around the world. It’s a wireless connection that you don’t have to pay a service provider for, like Comcast or Verizon.

And Helium started last year with just 15,000 hotspots. That’s surged 41X over the past year to 625,000. Everyone deploying one of these hotspots gets paid in HNT, the Helium token. And that HNT can be converted to fiat currency. Instead of paying service providers, the users are the ones getting paid.

Chris: So what’s the play here? Should readers buy a Helium router to start earning Helium?

Stephen: It’s an option, but routers are in short supply. I just installed two here in Dublin.

The easier way is to buy the cryptos behind these projects. If the businesses are successful, their cryptos should hand out large profits. That’s what I do for subscribers of my premium crypto advisory, RiskHedge Venture.

Chris: Thanks Stephen. You can discover more about the tiny cryptos Stephen targets, including how to join RiskHedge Venture, by clicking here.