This new “superpower” is a godsend for investors

Google used it to put self-driving cars on American roads…

Regular RiskHedge readers know computer vision is one of the greatest disruptive innovations in generations.

World-changing investment opportunities like this don’t come around too often. But when they do, it’s crucial to claim your stake early.

Let me show you how we arrived at this breakout moment in computer vision technology… and how it’s handing us a historic profit opportunity.

This Little Paper Card Changed the Course of History

Imagine trying to survey 50 million Americans with just a pen and paper. That was the job of the US Census Bureau in 1880.

Computers didn’t exist, which meant the census of 50 million Americans had to be collected and counted by hand! In fact, it took seven years for the results of the 1880 US census to finally be released.

An MIT professor named Herman Hollerith had an idea to speed things up. Hollerith was travelling to New York City on a train when he saw a conductor punching tickets. This sparked an idea in Hollerith’s mind—which led to his creating the punch card.

Punch cards became the first method of feeding data into a computer. In fact, until the 1970s, these paper cards were the only way to store, sort, and access data on a computer. 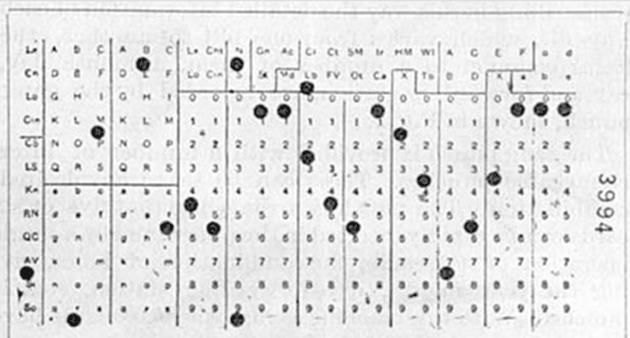 In 1890, US census clerks went door to door recording information on these punch cards. The dollar-bill-sized cards were then fed into Hollerith’s electric counting machine, which quickly totaled up the results.

This essentially automated the 1890 census, and the results were ready within three months! This marked the moment computers gained their first superpower, the ability to “count.”

Before punch cards, computers couldn’t recognize numbers. In fact, nobody had figured out how to feed data into a computer. Using needles to “feel out” which holes had been punched, Hollerith’s electric counting machines were able to quickly count the census results.

The combination of punch cards and counting machines changed the course of history. For example, computer scientists used it to model the impact of the first atomic bomb.

Later on, NASA used these cards to “program” the Apollo spaceship for its moon landing in 1969.

But there was still one major problem. And it opened the door for the second great computing superpower.

The “Queen of Software”

Then in 1944 engineers at Harvard built the first “all-purpose” computer. The Mark 1 stretched 51 ft. long. And get this: 530 miles of wires and cables ran inside: 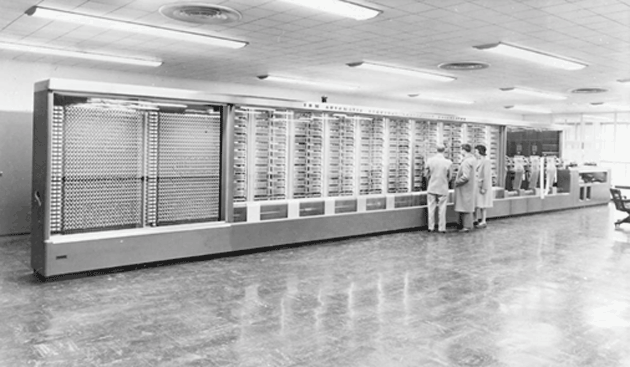 Computers were advancing rapidly, but they still had one big problem: You had to be a math whizz to use one. Machines couldn’t recognize words, only numbers. So operating one required you to learn hundreds of complicated numerical rules. This kept computers confined to the basements of college science labs.

Grace Hopper knew it didn’t have to be this way. Hopper was a PhD mathematician hand-picked by Harvard to operate Mark 1. She figured letters were just another kind of symbol computers could be taught to recognize.

So in 1952, Hopper created FLOW-MATIC, the first computer program to use words instead of numbers. For example, say you wanted to use a computer to calculate taxes. Now you could simply write “subtract income tax from pay” instead of keying in undecipherable code.

Hopper’s breakthrough taught computers superpower #2: the ability to “read.” In short, it marked the first time machines could understand words.

This was one of the most important inventions in tech history. Hopper knew being able to run computers with words would open them up to the world—and she was right.

Her invention laid the groundwork for the computer software industry. In fact, David Letterman labeled her “the Queen of Software” on his show in 1986. And today, the most powerful firms in the world don’t drill oil or build cars. They’re all in the software business.

For example, Microsoft became a $1.4 trillion company on the back of its Windows operating system. Ditto for Google, whose computer code powers the world’s best search engine. And Facebook’s online platform is run by thousands of software engineers.

Computers learning to “count” and “read” underpins every major tech breakthrough of the past century. And now machines are on the cusp of gaining their third superpower.

The Greatest Superpower Yet

Everything has led up to this point. And NOW’s the time to be invested in computer vision tech.

We’re just in the first inning of this great disruption. That’s why computer vision still isn’t really talked about outside of my weekly essays… or Stanford and MIT’s research departments…

But that will change—soon. You’ve heard it here first.

One way I recommend playing this opportunity is with Sony (SNE). In case you haven’t heard, Sony isn’t the old guy on the block anymore. After two decades lurking in the shadows, the company is reinventing itself.

In short, its crown jewel—its image sensors—is quickly becoming the sophisticated “eyes” of computer vision. These tiny chips are inside practically every computer vision device in the world.

But as the computer vision boom takes off, I expect the stock to attract a lot of hype.

P.S. Sony is one way to take advantage of this trend.

But this smaller stock is my #1 top pick for the biggest potential gains you'll find in computer vision technology today.

I won’t get into too much detail here, but imagine detecting a disease—before you have a single symptom—simply by looking at your phone!

My research shows this will soon be a reality, as this small-cap’s eye-tracking technology finds its way into every smartphone in America.

You can find out the name and ticker of this stock in my report: Dr. “App”—1,000% Gains on the Healthtech Revolution Coming to Your Smartphone. Go here to access it today.

Any day now, the world is about to find out…

Did this small group of Ivy League scientists… Just crack the biggest problem in all of tech?

And then decide for yourself.

**This is a groundbreaking development that hasn’t yet been leaked to the masses. So we ask that you please do not share this content. 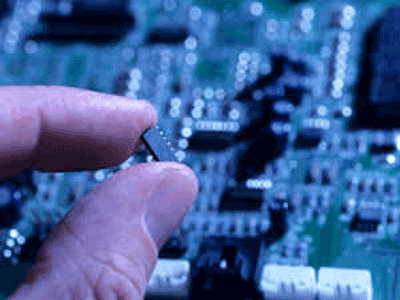