The only type of stock I buy (warning: controversial)

My friend who’s a novice investor asked for advice recently.

He was “bargain hunting” for cheap stocks, and trying to decide between buying Kohl’s (KSS) or ExxonMobil (XOM).

I get where my friend is coming from. From childhood we’re taught to be financially prudent. To seek bargains and avoid spending money on expensive things.

In most areas of life this is smart advice. Drive a reasonable car… Live in a reasonable house… Book reasonable vacations with your family.

But there’s one big problem.

Most people, like my friend, apply this same mindset to the stock market…

In this issue, I’ll show you which stocks to buy instead.

But in investing, this is a dangerous mistake… 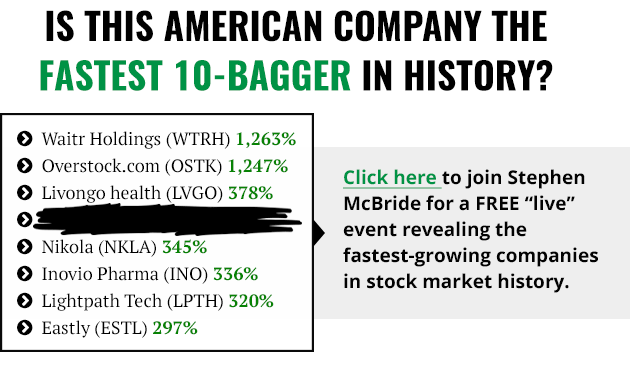 So they’re either barely growing, or shrinking…

Consider Kohl’s (KSS), which is getting eaten alive by online shopping. Its sales have shrunk 25% over the past three years! 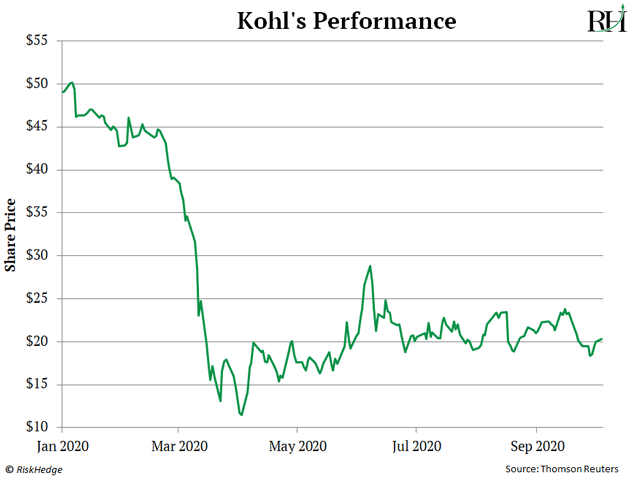 ExxonMobil (XOM) is an “old energy” dinosaur. It currently pays a 10% dividend... leading some folks to believe it’s a bargain.

It’s not. The stock has been pummeled 52% since the start of the year. 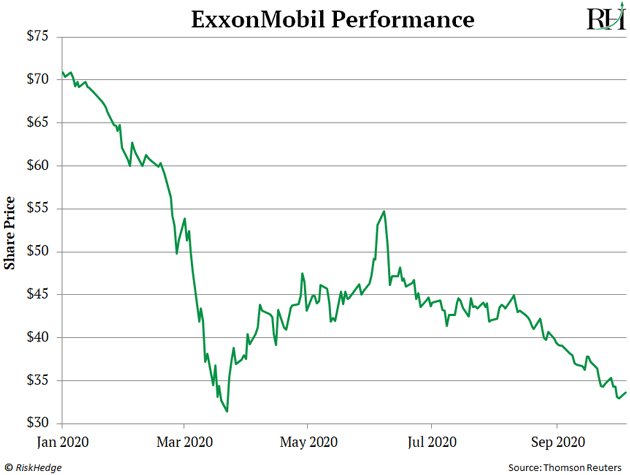 And it’s not just Kohl’s and Exxon…

With all the craziness and uncertainty going on with coronavirus, you’d assume investors would be taking shelter in “cheap” companies that’ve demonstrated they can survive uncertain times.

In other words, we’re in the middle of a global pandemic… and these cheap, “safe” stocks aren’t doing their job.

I know this is a controversial take... and it flies in the face of how Wall Street would like you to think...

But when you look at the evidence, it’s crystal clear: “Cheap” does NOT equal “safe” in the stock market.

Unlike the cheap stocks I showed you above, these stocks are growing like crazy.

And their share prices are going through the roof!

Zoom, as I’m sure you’re aware, brought teleconferencing to the masses.

Now, its shares aren’t cheap. In fact, by some metrics, they’re 20 times more expensive than the “average” S&P stock.

But that hasn’t kept money from pouring into Zoom’s stock. As you can see, it’s raced more than 640% higher this year. 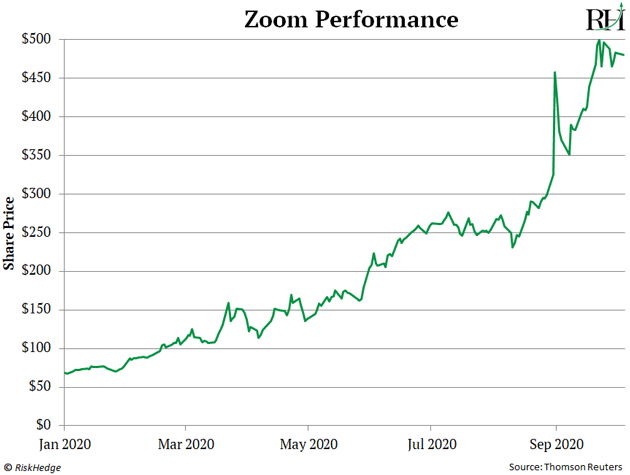 This incredible move caught many investors by surprise. But it shouldn’t have.

Last quarter, it reported a 148% spike in sales. That’s staggering growth for a company as big as Zoom, which is valued at $132 billion.

Of course, it’s not the only growth stock that’s done phenomenally this year.

Plug Power (PLUG)—a hydrogen energy company that I highlighted back in February—has skyrocketed 267% this year. Its sales have grown 29% per year for the past five years. 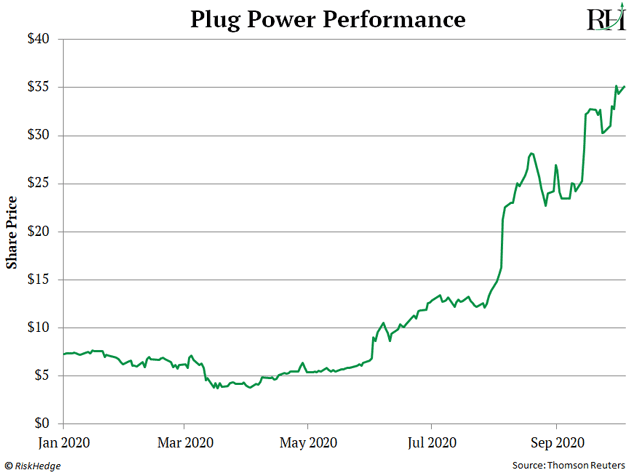 Digital Turbine (APPS) is another example. The company is at the forefront of the booming digital advertising revolution. As a result, its sales soared 93% last quarter, and 38% per year since 2015.

Despite that breakneck growth, APPS is an expensive stock. By one metric, it’s nearly five times as expensive as the S&P 500.

Digital Turbine has surged 392% this year. 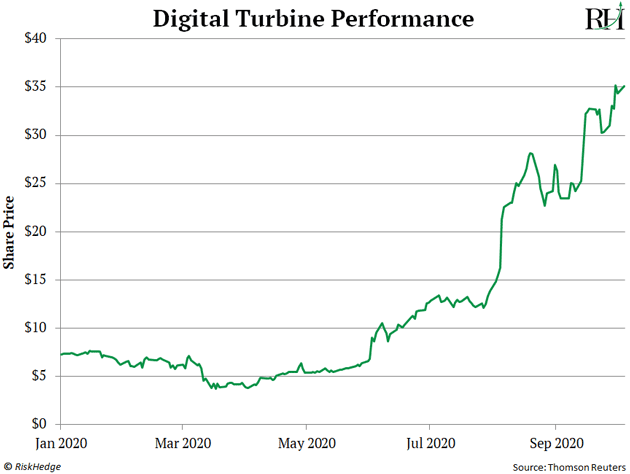 I could go on and on with examples. But you get my point...

Fact is, the average S&P stock grows sales at a sluggish 3.5% per year.

“Hypergrowth” stocks, as Stephen calls them, can grow 100%+ a year!

See, my friend was asking the wrong question.

Sorting through “cheap” stocks is a loser’s game.

Instead, you should be looking for the next great growth stock.

In fact, I’ve been helping Stephen with a new project where we’ve done just that...

He was right. Used to be, only a couple stocks a year could pull off that kind of growth.

Now we’re seeing around a dozen stocks a month go ballistic, seemingly out of nowhere.

And after studying it for months, he’s finally stepping forward to share his findings with you in our first ever Hypergrowth America online summit.

Click here to reserve your ticket—(complimentary for RiskHedge readers while they last).

The Summit will kick off this Monday, October 12, at 2 pm ET. And I guarantee it’s unlike anything you’ve seen before.

Folks who attend “live” get Stephen’s #1 hypergrowth pick just for showing up.

I helped him identify and analyze this stock... and Stephen and I are in total agreement that it will be the fastest “10-bagger” growth stock in history from its current price.

To help you understand the enormity of this opportunity, Stephen recorded a series of short hypergrowth “Masterclass” videos. They’re designed to give you more background on what hypergrowth is, and why it’s happening now in America for the first time ever.

Video #1 is now unlocked, and is free for RiskHedge readers to watch.

Click here to watch now and to claim your complimentary ticket to Hypergrowth America—this coming Monday, October 12, at 2 pm ET.

Hope to see you there!