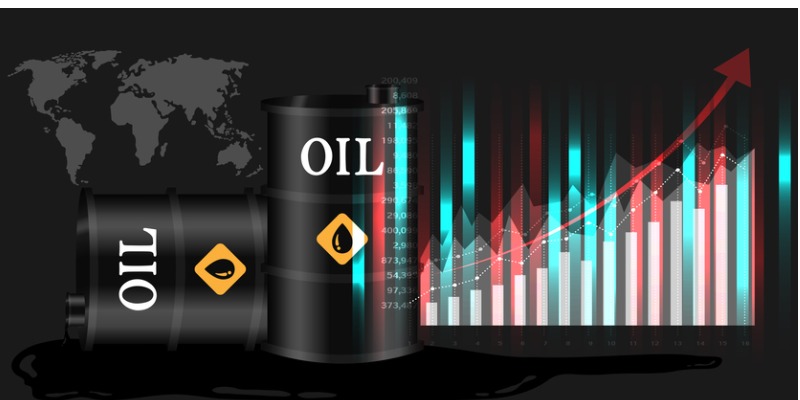 Prepare for the December oil shock

Energy companies are making a killing this year…

Last week, the US’s largest energy firm Exxon Mobil (XOM) knocked it out of the park with its third-quarter profits…

Exxon made $20 billion—its best performance ever.

It made more money than Amazon (AMZN), Microsoft (MSFT), and Google (GOOG).

Apple (AAPL) was the only US company that made more profits than Exxon in Q3.

And oil stocks continue to do well across the board…

In fact, energy has been the best-performing trade in 2022. Energy Select Sector SPDR Fund (XLE), which invests in a basket of oil and gas stocks, is up nearly 60% this year.

You would think that after rising 60% in the last 10 months, energy stocks would start cooling off…

But that hasn’t been the case. In fact, they’re about to receive another huge boost.

If you thought $5/gallon gas was a one-off event, I have bad news for you…

We could see $5/gallon, or worse, as early as next month.

See, when the price of gasoline shot up this spring, it was because of the Russia-Ukraine war…

Removing Russian oil from the market created an extreme supply shock. That sent the price of oil flying—and it would have kept flying high if it weren’t for the White House’s intervention.

SPR is an emergency stockpile of oil that we use to mitigate global supply disruptions, deal with natural disasters, or support war machinery.

However, the SPR is a reserve—it isn’t limitless. Soon it will run out…

SPR had 600 million barrels of oil at the start of the year. 400 million barrels might sound like a lot, but it isn’t. The US uses about 20 million barrels each day. If there were a “real” emergency, like war or a natural disaster on our own soil, we’d only have about 20 days left of oil in the SPR.

Don’t get me wrong. We’re all benefiting from the SPR in the short term. It keeps the price of gas down and the inflation burden easier to manage.

But it’s a band-aid solution.

At this pace, there won’t be any SPR left next year.

There are political implications here too…

I know this is a sensitive topic, but the Democrats are not polling well for the upcoming midterm elections on November 8.

Voters care a lot about how much they pay for a full tank of gas. By flooding the market with oil from the SPR, Biden is preventing prices at the pump from skyrocketing. If gas is still cheap around election time, they’re more likely to choose Democrats on November 8.

That’s why it’s no surprise the White House is extending SPR releases through December.

However—chances of additional SPR releases beyond December are near zero.

The next presidential election is two years away. At this pace the SPR will be gone long before that.

And if you think refilling the SPR is a solution, it’s not. President Biden announced he will only do it once prices drop below $67-$72 per barrel. We’re at $90 per barrel now and moving higher, so that doesn’t look like it will happen anytime soon.

Traders always front-run such events. They’ll bid up the price well before the last drop of oil leaves the SPR.

And while nobody is talking about the SPR draining yet, this could all change in a week…

The Republicans have been criticizing Biden’s move to release oil from the SPR. If the Republicans win the midterms, they could stop using the SPR immediately.

Whether the SPR stops in a week or a month, the end result is the same.

A massive supply shock will occur once it’s gone, and oil prices will shoot higher.

That’ll be a boon for energy companies. They’ll continue raking in huge profits into 2023.

A simple way to play this trend is XLE, the ETF that tracks the performance of large energy stocks.