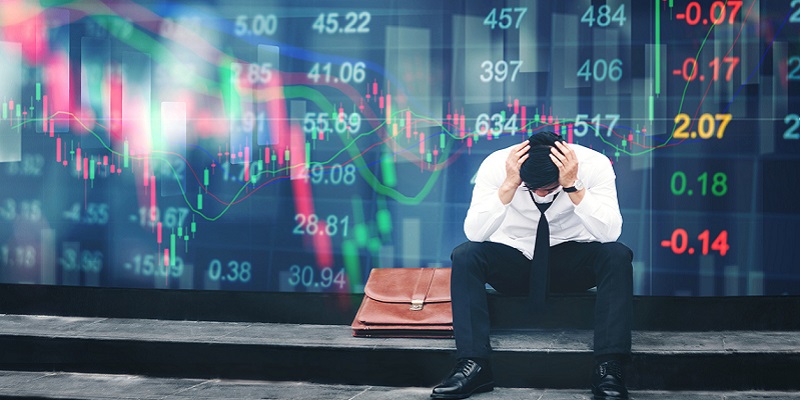 Stop being so emotional

That’s how much the average American’s portfolio has lost this year, according to the Financial Times.

Unfortunately, there’s likely more pain and frustration ahead for most folks.

But that doesn’t have to be the case for you.

That’s the message from our publisher Dan Steinhart, who sits down with me today to shed light on a new way to not only avoid losses in bear markets—but to profit from them in just 5 minutes a month.

Already, a ton of RiskHedge readers have “opted out” of this bear market. You can join them by watching Dan’s urgent broadcast while it’s still available.

Chris Reilly: Dan, one thing really stood out to me when you first shared this idea. You said it takes the guesswork and emotion out of investing.

2022 has been an emotional rollercoaster for investors. How can you just “turn off” emotion?

Dan Steinhart: Right, so everyone knows emotion kills your returns in investing. It makes you do dumb things with your money at the worst possible times.

But telling someone, “Don’t be emotional,” is useless at best, and backfires at worst. Good luck telling your spouse, or your kid, “Stop being so emotional.” It works just as poorly for investors.

Chris: So removing emotion from investing is important... but easier said than done.

Dan: “Important” is an understatement. If you can truly 100% eliminate emotion from your decisions, collecting high returns becomes easy and simple for any investor, no matter how much money you have or time you have to manage it.

Let me give you a scenario. This probably happened to someone you know.

It’s 2008, the middle of the crash. You had a $2.2 million portfolio. You obeyed your financial advisor’s advice to “stay the course” because you’re “investing for the long term.”

As a result, your portfolio has been cut in half.

If you can just hang on and resist the urge to sell for a few more months... relief is on the way. Although you don’t know it yet... markets will soon bottom and stage an all-time rally.

Then your wife opens your brokerage statement in the mail.

WIFE: “You… lost half our nest egg? You lost $1.1 million? But… I trusted you with our money. We were supposed to give our daughter a beautiful wedding… and our son a college education.

“What do you mean it’ll come back? I really think you should get out of the stock market before you lose the rest…”

These are the real-life pressures that cause investors to make huge, irreversible mistakes.

There are hundreds of thousands, possibly millions of American investors who bailed out of markets at the absolute worst time in 2008/9. Only to watch stocks bottom, recover, then soar 400% over the next 10 years or so—from the sidelines.

Chris: All because of one bad emotional decision.

So you’re saying those investors should’ve suppressed their emotions and stuck with “buy and hold” through the bear market?

Dan: No, I’m saying the opposite. When you use the unemotional approach I showed in my presentation, you won’t be in this tough situation in the first place.

You would have scaled out of stocks before they crashed in 2008. Chris: So you’re against “buy and hold” investing.

But according to JPMorgan, the average investor has made just... 3.6%/year over the last 20 years.

That’s a disaster, plain and simple. It shows the buy-and-hold method that pretty much all financial advisors preach isn’t working for most people.

“Buy and hold” sounds nice in theory. The problem is recessions happen and markets crash sometimes. Not only can they cut your wealth in half… or worse… they can cause irreversible damage to your finances because they compel investors to make disastrous mistakes at the worst possible times.

Chris: I can hear the financial advisors out there cringing.

Really? I’m not supposed to worry when I’ve lost half my money? That’s just absurd to expect of people. It requires blind faith on their part that the market will always recover on a time frame that suits their financial goals.

It’s true markets have always, historically, come back to make new all-time highs after every crash. At least US markets have. International is another story.

Still... you don’t need to take this risk in the first place. By putting some simple rules in place to eliminate emotion, you easily can do much better than buy and hold, without the stress.

Chris: "Rules” are at the heart of your investing method. You’ve personally been using this little-known method since 2016. In fact, you have more than half your family’s money invested in it. Why so much?

Dan: For all the reasons I’ve described above, and two others.

One, it’s simple. Readers can take full advantage of this method—which has handed out 302% returns in the worst markets of the last 100 years—in just 5 minutes a month.

That’s huge for me. I’ve got two sons ages 1 and 4. I’ve got a business to run. I barely have time to look at my own investments.

This method puts me on the right side of markets with close to zero time and energy.

Most important... it would have saved you from both the 2000 dot-com crash AND the 2008 Global Financial Crisis.

It’s hard to beat that. But I realize readers may be skeptical, as they should be.

So I recommend they watch my presentation. I go deeper into the proof and show exactly how it works.