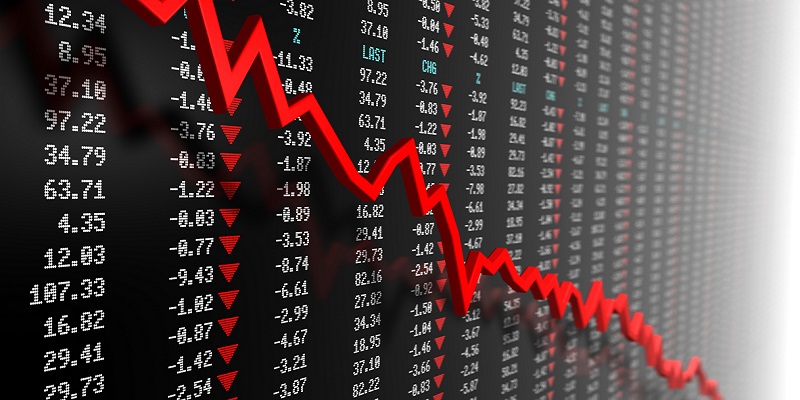 Warning: the mother of all crashes has begun

The mother of all crashes has begun.

So says the New York Post—referring to an ominous warning issued by investing legend Michael Burry.

If Burry’s right, your savings are in imminent danger. So it’s worth taking two minutes to think this through…

When you hear a big, scary warning like this, the first thing to ask is: who’s it coming from? Is the guy giving the warning credible?

Yes, Burry is a guy to take seriously. Burry was one of the first to discover the 2008 US housing bubble, and made $100 million for himself and $700 million for his investors shorting it. Christian Bale played Burry in the hit movie The Big Short.

As you know, in 2020/2021, the government showered the populace with free cash—depositing $5,000+ into tens of millions of bank accounts. It also dropped interest rates to zero.

According to Burry, these unprecedented actions warped the markets and inflated the mother of all bubbles—which has only just begun to pop.

Since topping out last year, the S&P has fallen as much as 27%. The popular 60% stock/40% bond portfolio is having its worst year since the Great Depression.

Most folks aren’t ready for that… to say the least.

So it’s a bit alarming that another very smart and very credible investor has similar thoughts:

“Druck” is widely regarded as one of the top five investors of all time.

He’s low-key and rarely gives interviews. But his track record is astonishing. From 1980 to 2010, he earned average annual returns of 30% per year.

And Druck has never had a losing year… ever!

He made money in 2001 during the dot-com crash. And reportedly made $260 million in 2008, while most investors were losing their shirts.

In a recent interview, Druck warned: “We are in deep trouble.”

Druck is concerned for the same basic reason as Burry. In short, he says rock-bottom interest rates and loose monetary policy drove the long-term 2011‒2021 bull market that died earlier this year.

Now the Fed is raising interest rates at the fastest pace in history. Druck:

“All those factors that cause a bull market, they’re not only stopping, they’re reversing, every one of them.”

As a result, his “central forecast” is the “stock market will be flat for a decade.”

To call US stocks “flat” for those 12 ½ years is technically true… but it understates the terror investors felt along the way.

Then, finally, in 2013… they climbed back to breakeven from where they first crashed in 2000. It was a roller coaster that ultimately went nowhere.

Do you agree with Burry’s stance that we’re in the eye of the storm of a historic crash?

Or maybe you think both these guys are full of it… and the bear market is almost over.

I’ll tell you what I think. Of all the RiskHedge analysts… I’m most concerned that we’re going to be dealing with difficult markets for a while.

I admit my opinion is colored by my past.

I worked at a Big 4 accounting firm in NYC in 2008. Merrill Lynch, Lehman Brothers, and Bear Stearns were all our clients. They all went bust… a lot of my colleagues got fired… and the whole financial system almost collapsed.

The net worth and financial security of tens of millions of families did collapse.

I’m not saying that will happen again.

But the smartest investors in the world agree: Risks are elevated today.

So how should you be investing?

On Thursday at 2 pm ET, I’ll be making an announcement about a new initiative at RiskHedge.

Quite simply, the sole purpose of my broadcast is to give you a new tool to protect your money and profit in this bear market, no matter how bad it may get or how long it lasts.

As a RiskHedge reader, you’re on the priority invite list.

In my opinion, anyone who does not understand the idea I’ll share is needlessly putting their savings in danger.

You be the judge on Thursday at 2 pm ET.

PS: If you’re wondering who I am… I’m co-founder of RiskHedge. I don’t write many essays anymore… and I hate going on camera… but I’m making an exception because this is too important to ignore. I believe the markets are not done crashing—and I want to make sure you have the most cutting-edge tools to protect your money and profit.

Mark your calendar for Thursday, November 17 at 2 pm ET.