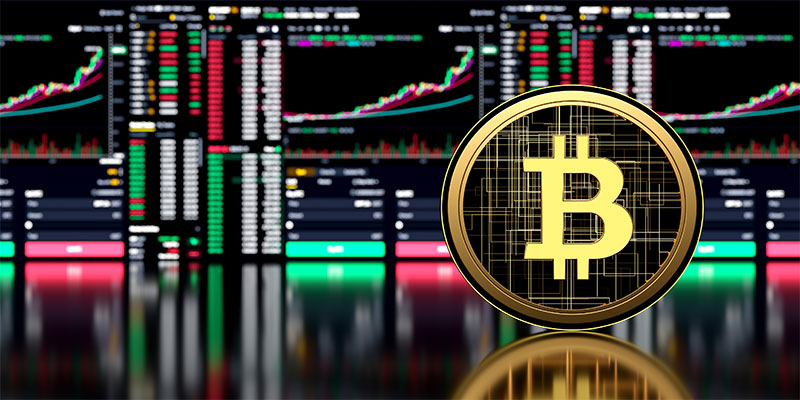 After years in the making, it finally happened…

On Friday, the Securities and Exchange Commission (SEC) approved the first-ever bitcoin ETF.

I’m writing you this letter on Tuesday morning before the stock market opens. By the time you receive it, the ProShares Bitcoin Strategy ETF (BITO) will have debuted on the New York Stock Exchange.

This is a big, big milestone.

In short, this new ETF makes it easier than ever to access bitcoin (BTC)—through the stock market. It’s an opportunity for millions of investors who want exposure to bitcoin without having to open a dedicated crypto account.

Owning BITO isn’t quite the same as owning bitcoin directly. But it’s close. And it’s a lot better than the current options…

Until now, the closest thing to a bitcoin ETF was the extremely popular GBTC Greyscale Bitcoin Trust (GBTC).

GBTC only loosely tracked the actual price of bitcoin—and often diverged from it by 20% or more.

BITO should track the price of bitcoin much more closely. Now that the SEC has greenlit it as a crypto ETF, GBTC has announced it intends to convert to an ETF as well.

I’m glad bitcoin has brought so much attention to cryptos.

But make no mistake. Bitcoin is just the tip of the iceberg in this opportunity.

What's going on underneath the surface is far more important.

And ultimately, it will be more profitable...

Cryptos are a place where everyday investors with as little as $10 can invest in the world’s most disruptive young tech companies.

This has never existed before.

It’s an exciting new frontier for investors. And it’s the main reason why the popular narrative on cryptos is completely wrong…

Most folks think of cryptos as “currencies” that compete with the US dollar. They think people might someday keep their savings accounts in bitcoin, and pay for everyday things with bitcoin.

This is the least exciting aspect of cryptos.

As I explained last week, the technology behind bitcoin and all other cryptos is called “blockchain.”

Blockchain has essentially transformed what computers can do. I won’t bore you with the technical details. All you need to know is that today’s newest and most innovative companies are being built on the blockchain.

You can invest in these companies by buying crypto “tokens” in them.

Which is just like buying shares in a company that trades on the stock market. Think of a token like equity or shares in the business.

When asked about bitcoin late last year, legendary trader Paul Tudor Jones said the crypto was like “investing in a startup tech company.”

So the average guy is locked out.

Cryptos knock down those barriers. Unlike the stock market, cryptos aren’t dominated by Wall Street.

And you can buy tokens in many crypto startups for $10. Sometimes less.

This company sells hotspot routers you can install on your roof.

Their signal reaches about 200X further than a standard Wi-Fi connection. You can then “sell” internet to nearby folks through this Helium router. For doing that, you get rewarded with Helium tokens which you can exchange for real US dollars.

But Helium’s not listed on the stock market. You must buy its token, HNT, to participate in its rapid growth. Helium’s token has appreciated over 2,500% in the last year.

Coinbase is the largest crypto brokerage in the US. It’s opening up this “new world” of cryptos to millions of people… in an easy-to-use app.

The short answer is “yes”—owning Coinbase is an easy way to profit off the growth of crypto.

But you should know what you’re buying in Coinbase.

You ARE buying a very large company that should do well as crypto continues to grow.

You’re NOT buying an early-stage crypto project that could return 100–1. You have to buy the specific early-stage tokens for that.

Tomorrow morning, I’m going to send you a message that reveals a special new opportunity.

It’s something my team and I have been working on for months, and I can’t wait to share it with you.

Look for an email from me tomorrow around 8 am ET.