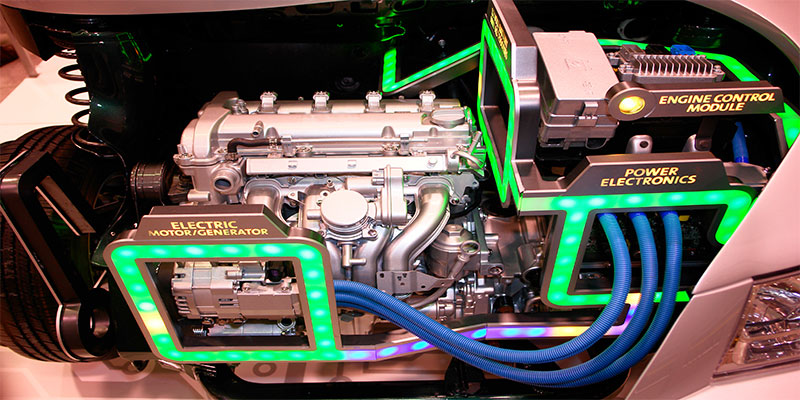 Regarding my conviction level in the $2 EV stock

We were discussing the $2 EV stock that I’ll be releasing new research on tomorrow at 9 am EST.

(If you missed my first two essays on this, see here and here.)

We had already talked about the 2,000% minimum upside in this stock if world governments make its tech mandatory in all new EVs, as I suspect will happen.

Now, he wanted to know my conviction level.

If someone ever tells you they’ve got a 10/10 investment, run away. That would be a sure thing—which does not exist.

A 9/10 is exceedingly rare and only found in bigger stocks. Think: A dominant company with an ironclad monopoly within an industry that is 100% guaranteed to keep growing.

An 8/10 in my world of microcaps is very rare. When you find one, you must seize it.

In my career, the only other microcap I would’ve given an 8/10 was streaming disruptor Magnite (MGNI). It was born a merger that put two perfectly complementary companies together. They formed a digital ad powerhouse that was highly likely to dominate. My readers enjoyed a 422% gain on it.

It’s not that hard to find them if you know what you’re doing.

The trick is sorting through all the “pretenders”… so you own more of the ones that can realistically shoot up 1,000% and avoid the ones that never get off the ground.

I call this “de-risking.”

And as I’ll show you, it’s the #1 most important thing about microcap investing.

If I could REQUIRE you to read this essay before seeing my new research report on the $2 EV stock tomorrow, I would. It’s that important.

There are five “traits” I look for when de-risking a microcap.

When you find the rare one that has all five traits, you may have a big winner.

In my last essay, I showed you how important it is for a microcap to have a great CEO at the helm. That’s trait #1.

Here are the other four:

Does the company have high-quality patents to protect its technology?

Remember Groupon (GRPN)? It basically invented the “daily deal” space. But it didn’t have patents. Less than two years after launching, Groupon had hundreds of competitors.

In analyst speak, this is called a “catalyst.”

Ask: Is there an “event” around the corner that will likely propel the stock higher in short order? A catalyst could be a lucrative deal, a merger, a government ruling, or another big announcement, like blowout earnings results.

Stocks need a reason to go up. No kidding, right? But you’d be surprised how often investors fall in love with a company’s breakthrough technology too soon. They’ll pour money into the stock, then… nothing happens.

Investing ahead of a catalyst solves that.

On a Friday this summer, June 10, DAWN’s stock closed at $6.62. That Sunday, the company announced great initial data from a clinical trial in brain cancer patients.

Most people don’t know how to evaluate how cheap or expensive a microcap is.

Microcaps rarely have profits (earnings), so you can’t use a P/E ratio.

Many microcaps are also just starting to generate revenue. So, you often can’t use the popular price-to-sales valuation metric on these stocks either.

Ideally, you want a tiny company with a realistic path to seizing a big share of a huge industry.

I’m no fan of regulations in general.

Now, I will step off my soapbox and say: regulation is a fact of life. And companies that benefit from government regulation can be incredible investments that carry a level of certainty you can’t find in their absence.

At the extreme, regulators can FORCE the market to buy a company’s products. Remember when Obamacare was passed in 2010, forcing Americans to buy health insurance?

The three biggest health insurance stocks in the US—UnitedHealth Group, Anthem (now Elevance Health), and Cigna—went on to rise 1,017%, 262%, and 490%.

In short: The government can effectively force a stock to go up with regulations.

My latest “EV” microcap play has all the traits I look for...

It’s cheap, it has a great CEO, and it has an upcoming “catalyst.” Also, the government is 100% on its side—and it has a key patented technology.

I’ll tell you all about it tomorrow at 9 am EST. Watch your inbox for an email from me titled: “The $2 EV Stock I told you about…”