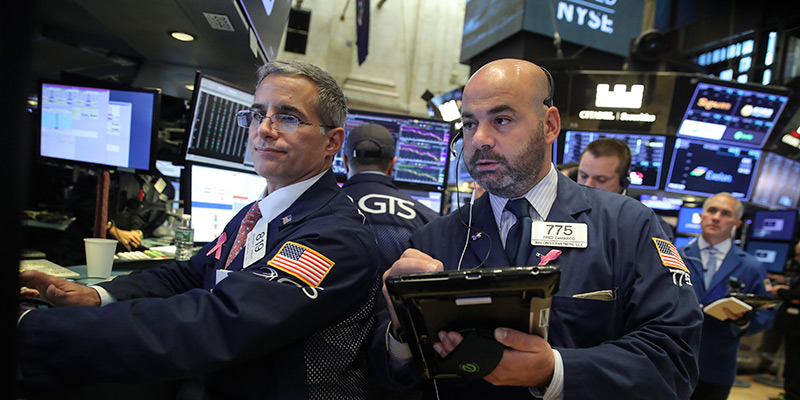 The Key to Handling a Market Crash Like a Pro

“Stocks are plunging… what should I do?”

That’s the #1 question readers are asking me after the S&P 500 plunged 8% in the past two weeks.

From looking at my emails, I can tell folks are nervous.

I understand why. This has been no run-of-the-mill dip for stocks.

By one widely followed measure of market momentum, stocks briefly entered a freefall that was worse than anything we’ve seen since 1990!

If you’ve been reading RiskHedge, you know why I urge you to ignore these so-called “experts.”

Let me elaborate on why fearmongers in the media are your worst enemy...

We do this because investing in great disruptive companies is where fortunes can be made.

And Apple’s (AAPL) invention of the iPhone is the main reason why 85% of Americans carry a smartphone. Its stock has rocketed 14,000% since 2004.

These results show you can make life changing gains by investing in the right disruptor… at the right time.

But owning these businesses is NOT a one-way road to riches.

As you likely know, they attract a lot of excitement from investors. Which makes their stocks prone to big moves both UP and DOWN.

Amazon took shareholders for a roller coaster ride in 2014. The stock plunged 30%, prompting the media to run stories like…

“Is Amazon Going Through an Identity Crisis?”

I met a friend in Ireland around this time who told me he was shorting Amazon.

It’s the same story for big disruptors like Google (GOOG), Microsoft (MSFT), and dozens of others. They all suffer through bad weeks and months. But investors who’ve stayed the course have made 10x gains or bigger.

As you may know, I spend 100% of my professional time on the hunt for disruptive businesses with the potential to hand us triple-digit profits.

But identifying these stocks is only half the battle.

Once you buy a disruptor… your biggest challenge is to own it through the bumps and dips which the market will serve up.

It’s not easy to hold on when markets look wobbly like they do right now. You’ll feel like hitting the sell button when you see nothing but red charts on the screen.

But let me tell you something…

These corrections were nothing to panic over. In fact, pullbacks suggest that investors are acting cautiously.

This is a good thing for the market’s longer-term health. It’s when the market goes straight up every day that you should be worried.

Remember in January when stocks were on a tear? Investors cheered as the S&P soared 8% in the first 26 days.

That euphoria concerns me far more than any correction.

I have tons of research to back them up… because this is how I invest my own money.

A reliable way to check the market’s “pulse” is by examining the economy. The vast majority of crashes in US stocks have happened while the US economy was shrinking.

Since the 1920s there have been ten bear markets in US stocks. Eight of the ten have come inside a recession.

The ninth was during the Cuban missile crisis. And the tenth was “Black Monday” 1987, when stocks cratered 23% in a single day. You could consider both once-in-a-lifetime events.

On average, these non-recession bear markets lasted less than six months and fell an average of 31%.

The others lasted two and a half years and fell 49%, on average.

Drilling down further: When the S&P 500 falls 10% or more while the economy is growing, stocks rise 24% on average the following year.

How is the economy looking today?

In a word, great. Most of the indicators I monitor say the US economy is healthy as an ox. I’ll give you one example: the unemployment rate.

My research shows the unemployment rate began to rise about 12 months before each recession in the past 60 years. Essentially, it has warned us of every single recession for the past six decades… roughly a year in advance.

Unemployment in the US today is 3.7%, which is almost a 50-year low. This indicator, along with several others, continue to give me the "green light" for owning stocks today.

I told you a few weeks ago that if I could only buy one stock for the next five years it would be Nvidia (NVDA).

Hundreds of billions of dollars are pouring into these trends, sending Nvidia’s profits soaring to near all-time highs. In fact, it is achieving a better net profit margin than known cash-generating machines Google and Microsoft.

In short, Nvidia’s fundamentals have never been better. But its stock has slid 26% in the market’s selloff.

Earlier I said disruption investors like us should buy great businesses that are inventing the future. Nvidia’s cutting-edge computer chips are doing exactly that.

Nvidia has firmly planted itself at the center of disruption. And today you can own it for a 26% discount to what investors paid three weeks ago. That’s exactly what I’m doing.

So… what do you think? Are you worried this correction is the start of something more sinister?

I want to hear from you… write me at stephen@riskhedge.com.

In response to my letter about the resurgence of “Made in the USA,” Leo asks:

“I love reading your report and love how you write: clear, concise, and to the point. But can’t help but wonder: Why share this knowledge? I always expected people with this level of understanding to hoard it for their own benefit, not that of others.”

Leo, thanks for your kind message.

There’s a lot of investment information out there. I spend more than 12 hours a day wading through research and speaking with experts. But as you alluded to… by far the hardest thing to find is a clear and concise take on what’s really going on.

That’s what I aim to do for RiskHedge readers every week. To help investors like you make sense of the rapid changes taking place and to profit from them. So if you like my work, please forward it to anyone who might be interested in understanding and profiting from disruption.