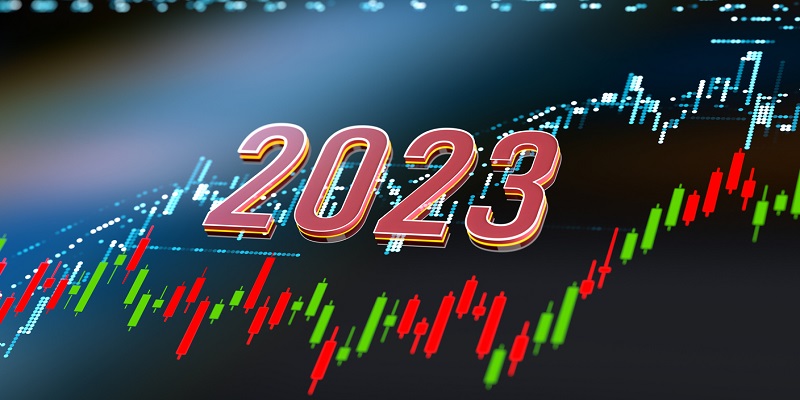 By itself, the stock market's performance wasn’t that bad. But crashing bond prices landed a surprise one-two punch on investors who assumed the bond portion of their portfolio was safe. Thanks to the Fed rapidly jacking up interest rates from 0.08% to 4.33%, US bonds suffered their worst year in history.

As a result, the commonly used 60/40 stock-bond portfolio suffered its largest drop since 1932, during the Great Depression.

Other than commodities and energy stocks (good call if you listened to Chief Trader Justin Spittler’s recommendation to buy those in February), it was a “nowhere to hide” year.

Why? One word: inflation.

Inflation reached 9.1% early last year—a level not seen in the US since the ’70s. And the only way to tamp down inflation was for the Federal Reserve to aggressively hike interest rates.

The problem is rising interest rates are a major headwind for stocks. And while the stock market can withstand a slow hiking pace… a rapid one is poison for stocks.

Here’s a comparison of the current hiking cycle (dark blue line) to the ones from the recent past. The Fed’s 2022 hiking cycle was the most aggressive in 50 years. In a matter of months, it raised interest rates more than it typically does in 3+ years. Inflation is now falling. Look at the chart of CPI. It’s been trending lower since August… At this pace, CPI will fall to 2% before the year is over. That’s the Fed’s stated target inflation rate.

So, the hardest part is behind us. The Fed will decelerate and eventually stop hiking interest rates this year. They may even cut rates in the second half, when it’s more obvious we’re in a recession.

3) Now, zoom out and look at 2023 from a historical perspective…

What are the odds the stock market declines two years in a row?

In all those instances, the market was in much worse shape than today.

In 2000–02, the stock market had a LONG way to fall after reaching its most overvalued level in history during the dot-com bubble. Today, the market trades at about 18 times earnings—which is in line with historical averages.

4) In October we published research showing how stocks often soar in the 12 months after midterm elections.

Since 1942, there have been 20 midterm elections. US stocks climbed higher in the next 12 months after every single one.

That’s 20 for 20. A perfect track record. See the results for yourself here. We’ve had every possible political combination in the past 80 years.

The market climbed higher every time. I bet it’ll do the same in 2023.

Specifically, I think the market will edge a bit higher in the next 3‒6 months. The biggest gains will be backloaded in the second half of the year. By that time, inflation will be below 4%, and the threat of further rate hikes will be put to bed.

5) Which stocks will rise the most?

My team and I studied the last three post-bear market rallies. The clear winners were small caps. Today, an insight from a fellow reader...

I think it's going to be a very tough year. I have worked in the veterinary field for the last 35 years. My worst year was 2008. I was down 1%. That is the only time I have been down. This business has had explosive growth during my career. Veterinary care is one of the last things people stop spending their money on. The last two months have seen a year-over-year double-digit decrease in appointments made. Usually if there is a slowdown it's 5% or less. Hope I'm wrong of course, but these numbers scare me big time. —Dwayne

Where do you see stocks headed in 2023? Write me at chriswood@riskhedge.com.