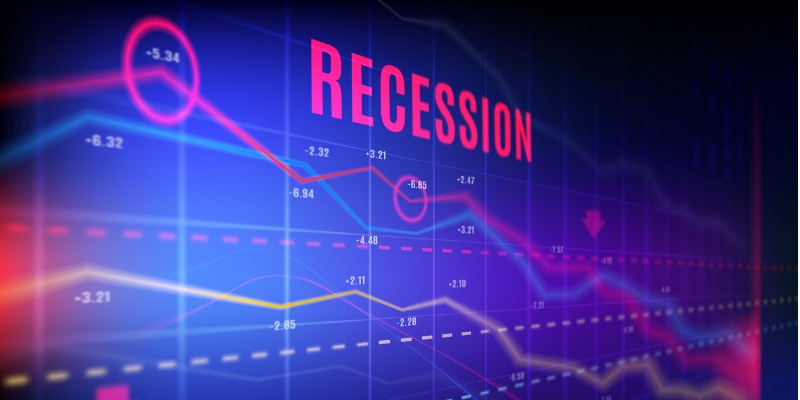 Just when you thought things couldn’t get any worse…

After a global pandemic, a war in Europe, and sky-high inflation…

It now looks like we’re heading into a recession.

Politicians in Washington and folks at the Federal Reserve say we’re not, but…

We all know how awful their track record is. Those are the same people who told us “inflation will be transitory.”

Trust me, I don’t root for a downturn… I’d rather our economy keep growing at a steady pace.

But as you read this, millions of investors—from rookies to bigtime money managers—are panicking.

In this essay I’ll suggest an easy way to use their fear to your advantage...

Think back to the last time the markets looked this bad…

During the height of the 2020 COVID-19 crash, everybody was worried we were on the brink of an economic depression.

Or look at the period between 1973 and 1987. It was one of the most stressful times for the US economy. Inflation reached 15%. We sank into recession 3 times in 14 years.

However, during that time, the market returned 850%.

It’s a legitimate concern. But let me show you two pieces of proof that suggest now could be the perfect time to start buying stocks again:

The first is called AAII.

Each week, it gauges the level of fear in “average Joe” investors by asking a simple question: “Do you feel the direction of the market over the next six months will be up (bullish), no change (neutral), or down (bearish)?”

Right now, the percent of bearishness is at a historical extreme of 60%. All four times, stocks were positive over the next year.

Do you want to bet with that stellar track record… or against it?

This organization publishes the NAAIM Exposure Index. In short, it measures how much stock they have in their portfolios.

You’d think professional money managers would know when it’s a good time to buy and sell stocks—but they don’t.

Look at this chart…

NAAIM levels below 13 indicate extreme levels of caution and pessimism. It means the money managers are unloading their stock positions.

But as the chart shows, they’re selling exactly when they should be buying. The “professionals” are panicking… just like regular folks. There are two easy ways to play this: the good one, and the even better one.

You could buy an index fund like the S&P 500. If you buy and plan on holding for the next few years you’ll probably do very well.

Or you could potentially multiply your gains with individual world-class disruptor stocks. I’m talking about all-time great, dominant businesses that are trading at crisis prices.

After the 2008 financial crisis, the S&P 500 delivered triple-digit returns…

Many stocks of this A+ quality are on a “fire sale” right now... trading as cheap as they’ve been in years…

And he’s compiled a report of 10 of these dominators to buy right now. You can discover more right here.

Inside Chris’s report, you’ll get a rundown of each business...

His outlook on where it’s headed in the next few years...

And how to set yourself up to maximize gains, and limit your risk.

Plus, he’s included easy-to-follow instructions on how to buy them if you choose.