How I Spied on a Billionaire

Last week, I spied on a billionaire.

I personally used this edge to collect an 18% profit off a little-known stock in just five days.

Let me be clear, I didn’t do anything unethical to collect this billionaire’s information.

I didn’t tap his phone calls or hack into his computer.

Big investors, like hedge funds, are legally required to file a 13-F document, every three months.

We’re in “13-F season” right now. More than 100 institutions have filed their 13-Fs in just the last few days.

That’s a lot of data to sift through, even for a professional investor like me.

So, I don’t read every 13-F. I instead focus on the very best investors… guys like Stanley Druckenmiller. 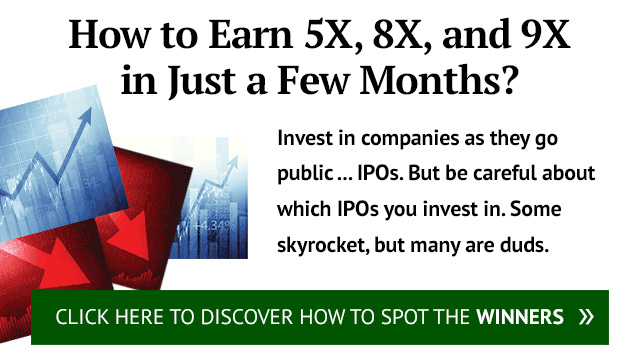 Even more incredible, he never lost money in a calendar year. He even turned a profit in 2001 and 2008, when many investors lost everything.

So, he’s still worth “spying on.” And I discovered something many folks might find shocking while digging through his latest 13-F...

An IPO, as regular readers know, is when a company offers shares to the public for the first time.

Regular readers will recognize the name Anaplan. It’s a software company that went public in October 2018. Like many recent IPOs, it had an incredible debut.

It surged 87% on its first day of trading. From there, it soared another 181% in just nine months! 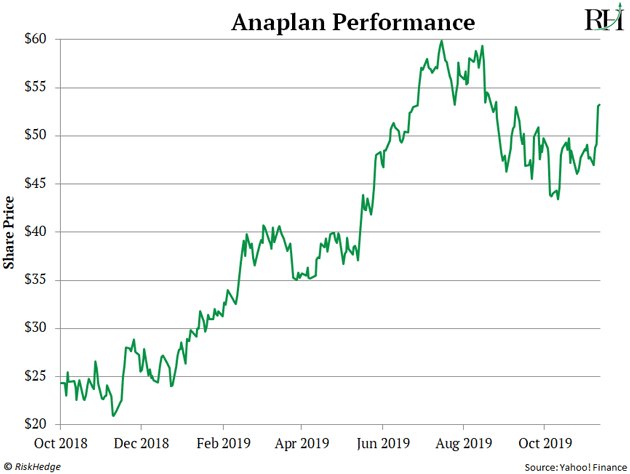 Like Anaplan, Zoom had a great IPO. It soared 78% during its first two months. 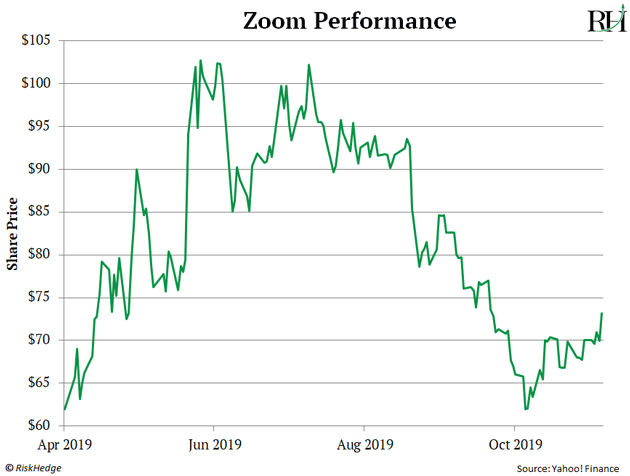 Druckenmiller also boosted his position in Smartsheet (SMAR) by more than tenfold!

Smartsheet is a software as a service (SaaS) company. Its platform helps employees at companies like Cisco (CSCO) and Nike (NKE) collaborate. It’s surged 209% since it went public in April 2018. 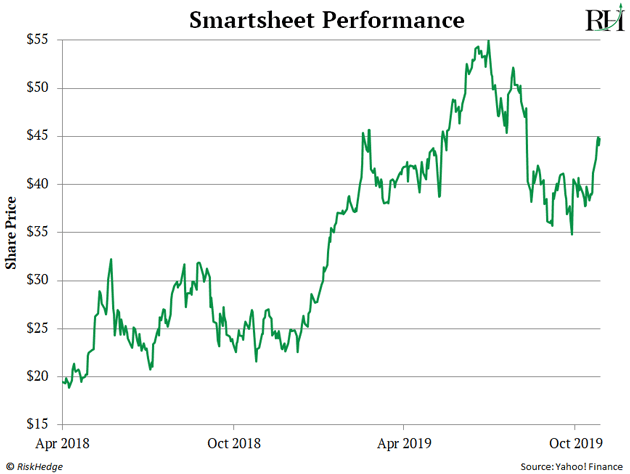 It’s impossible to know exactly why Druckenmiller bought specific stocks. He doesn’t have to disclose “why.”

But you should know this about Druckenmiller: he sees the big picture better than practically anyone.

His secret is to “never, ever invest in the present.”

In his words, Druckenmiller learned early in his career “to visualize the situation 18 months from now... and that's where the price will be, not where it is today.”

Most investors do the opposite. They obsess over today’s news.

If you ever need a reminder of this, just turn on the television. All you’ll hear is bad news. If they’re not blabbing on and on about the trade war, they’re showing images of protests in Hong Kong or warning of a possible impeachment.

I’m not saying to ignore what’s going on in the world. What I am saying is, when it comes to investing, the overwhelming majority of news is irrelevant “noise.”

The news exists to entertain you... to scare you... to rile up your emotions so you’ll keep staring at the TV and contribute to viewership numbers.

Watching the news most definitely does not make you money. So, I tune most of it out.

Why IPOs? Simple. Druckenmiller is betting on growth. And IPOs are some of the fastest-growing stocks on the planet.

Druckenmiller also increased his positions in ServiceNow (NOW) by 153% and Atlassian (TEAM) by 157%. He also upped his stake in Twilio (TWLO) by 674%... and Alteryx (AYX) by nearly twentyfold!

All these stocks IPO’d within the last few years.

So, what should you do with this information? You could follow Druckenmiller into the names I mentioned.

But every stock I’ve mentioned has already skyrocketed since its IPO: 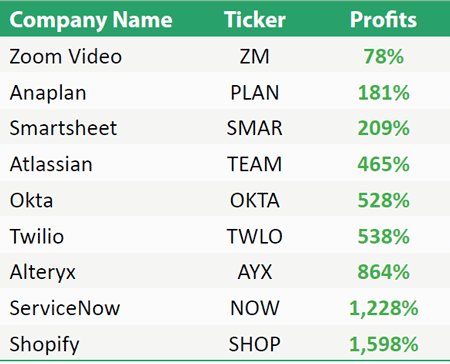 I wouldn’t be surprised if some of these stocks double again in the next 12 months.

But the fact is... the biggest gains in these particular stocks have already been claimed.

“Never, ever invest in the present.”

If you’re after truly big gains, I suggest going after the next crop of high-flying IPOs.

These are the stocks I hunt for in my unique new advisory, IPO Insider.

For a few more hours, you can still join our small circle of 300 Charter Members to IPO Insider.

Plus many thousands of dollars’ worth of complimentary IPO research.

This opportunity shuts down for good tonight, though.

PS: Great news! Because you’re a RiskHedge reader, you’re eligible for a 40% discounted Charter Membership to IPO Insider. And, if you respond by midnight, you get to try IPO Insider risk-free for 30 days without committing a penny. Head to this page now to activate your special deal.

Fair warning: Charter Membership enrollment closes for good at midnight tonight, so your $2,000+ savings and opportunity at a risk-free trial will be forfeited if you don’t go here to claim it tonight.