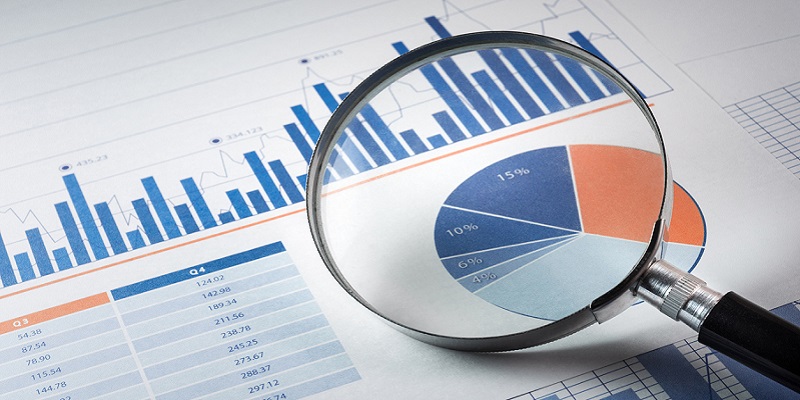 Disruption investors: are you using these five guideposts?

Do your disruptor stocks pass the “growth” test?... The key to Google’s success... Why I look for “skin in the game”...

Editor’s note: Welcome back to our special holiday series. This week, chief investment officer Chris Wood is sharing the pillars of becoming a great disruption investor. Yesterday, Chris shared the first step to finding a potential dominant disruptor stock. Simply ask, is the company executing better, cheaper, or faster than its competition? The best disruptors check all three boxes.

But that’s just the start.... Today, Chris breaks down the five additional traits most great disruptors share. If you’re serious about disruption investing, you cannot ignore these guideposts...

Every disruptor must pass the “growth test.”

Consistency is key. Companies that grow quickly, then stagnate can make for good trades. They can earn you a quick buck if you sell at the right time.

My goal in my Disruption Investor advisory is to help you build lasting wealth. To accomplish that, we fill our portfolio with disruptors that can achieve sustained revenue growth.

We like to see revenue grow at least 20%/year. Disruptors that grow at this pace often reward shareholders with big profits.

In fact, in a 16 consecutive year span, Amazon has grown revenue by at least 20%/year.

This led to early investors collecting profits of more than 200,000%, accounting for splits.

So, you’ve found a disruptor that grows consistently.

The next question you must ask: Can it turn growth into profits?

You’d be surprised at how many growing companies have no hope of ever turning a profit.

Some unprofitable companies can survive for years on pep talks from a charismatic CEO. But, eventually, math always wins out.

Companies with strong and growing profit margins hold a key advantage: They can reinvest that cash back into the business to keep growing.

Take Google, for example. It dominates internet searches, which is a high-margin business. For every dollar its core search business generates, it keeps close to 25% as profit.

This keeps a constant stream of new cash flowing into its coffers. It has used much of this cash to develop and acquire disruptive projects.

For example, Google has plowed billions of dollars into its self-driving car subsidiary Waymo. Waymo is far and away the world leader in self-driving car technology. Waymo cars have driven more driverless miles than all other competitors combined.

Google has plowed well over $5 billion into Waymo. Few companies on earth have the ability to do this without borrowing gobs of money. We expect Google’s investment in Waymo to eventually pay off big time as self-driving cars go mainstream.

Google has also made investments in disruptive sectors like artificial intelligence and quantum computing.

None of this would have been possible were it not for the profit engine at Google’s core. Its strong margins give Google the opportunity to make disruptive investments that could pay off tenfold down the road.

Now the truth is a stock isn’t necessarily a bad investment because it lacks profits. Some companies, like Amazon, can go years or even decades without turning a profit. Lack of profits didn’t stop Amazon’s stock from shooting to the moon.

You might wonder why. In short, Amazon achieved such incredible growth that investors were okay with it not making a profit for a long time.

For disruptors like this, the key is that the company has a path to profitability. The thing most analysts overlook about Amazon is it could have turned a profit long ago if it chose to.

Instead, it opted to keep selling things for dirt-cheap prices to grow its customer base. This resulted in zero profits but a soaring stock price.

This one isn’t about financial performance. But it’s just as important.

“Skin in the game” refers to how invested a company’s management is in its success.

When high-ranking executives like the CEO have “skin in the game,” it means their interests are aligned with shareholders’.

Amazon founder Jeff Bezos owns around 10% of all Amazon stock.

Google’s two founders own 11% of the company.

And, up until a couple of years ago, the founders of Apple and Microsoft owned huge chunks of their companies.

Humans are wired to act in their own best interests. A CEO with a big part of his net worth on the line is likely to make better long-term decisions than one who is simply collecting a paycheck.

Meta is a good example. When it was two years old and generating just $48 million in sales, Yahoo offered to buy it for a billion dollars.

A management team with little skin in the game would likely have taken the money and run.

But founder Mark Zuckerberg had much bigger plans.

Meta went on to become one of the world’s biggest, most dominant companies.

When evaluating disruptors, we do not read too much into valuation.

Valuation measures how cheap or expensive a stock is. For traditional businesses, the price you pay for a stock is very important.

But when it comes to disruptors, valuation metrics can often lead you to incorrect conclusions.

For example, for most of the past decade, Amazon has traded at well over 100X earnings.

By any traditional definition, this is absurdly expensive. The S&P 500 trades for around 20X earnings.

I know many professional investors who’ve avoided Amazon’s stock because it’s “overvalued.” They’ve missed out on Amazon’s 1,800% surge over the past 10 years.

Please understand, I’m not saying we completely ignore valuations. My team and I look at them closely. When we evaluate an expensive stock, we ask: Why is it richly valued? Is the premium deserved?

If you’re evaluating a stock that has demonstrated it can grow sales 20% year after year, as Amazon has, an expensive valuation shouldn’t scare you. But when a run-of-the-mill, slow-growing business is overpriced, you should usually run the other way.

The simple fact is, when it comes to fast-growing disruptors, growth and profitability are far better indicators of where a stock is headed than valuation.

Avoiding all stocks with high valuations is a mistake. It will lead you to missing out on the biggest gains.

The inverse is also true. Stocks that trade for low valuations are usually cheap for a reason.

Some folks see that as a bargain. To me, it’s a red flag. GM’s sales haven’t grown in two decades. And the stock has been dead money for the past 10 years.

The ideal disruptor is small compared to the industry it’s disrupting.

The Trade Desk (TTD), a small company that disrupted online advertising, appreciated over 1,000% after we first brought it to your attention in the RiskHedge Report.

Yet it was taking on the then $725-billion global advertising industry.

As chief analyst Stephen McBride explained in his 2019 follow-up RiskHedge Report on TTD, “The Trade Desk’s sales could soar 1,500% and it would still own less than 1% of its target market.”

This gave its stock the potential to double relatively quickly—which is exactly what it did in the 16 months after Stephen wrote about it.

The key is from there, it still had plenty of room to triple or quadruple again.

At the time, competitor Meta was more than 50X the size of The Trade Desk.

And competitor Google was almost 100X its size!

Another example: In late 2018, we alerted our readers to a company called Alteryx (AYX) in the RiskHedge Report.

As publicly traded companies go, Alteryx was small. It was worth just $3.7 billion—too small for inclusion in the S&P 500.

But it was clear that it was quickly becoming a dominant player in the big and rapidly growing data analytics market. Leading research firm International Data Corporation estimated this market would be worth $81 billion in just three years.

AYX surged 62% in less than four months after we recommended it. Even after that strong rally, it had plenty of room to double or triple again.

Small or medium companies going after giant markets is an ideal setup. We hunt for this combination because it can lead to almost unlimited upside in the stock price of a disruptor.

P.S. Have you heard of bill H.R. 4346? It’s set aside $280 billion to spur chip manufacturers to build factories in America.

This isn’t just a generational opportunity for chipmakers and their suppliers.

The actions you take today could have a tremendous impact on your savings... your portfolio... and your retirement starting today. I share all the details here.