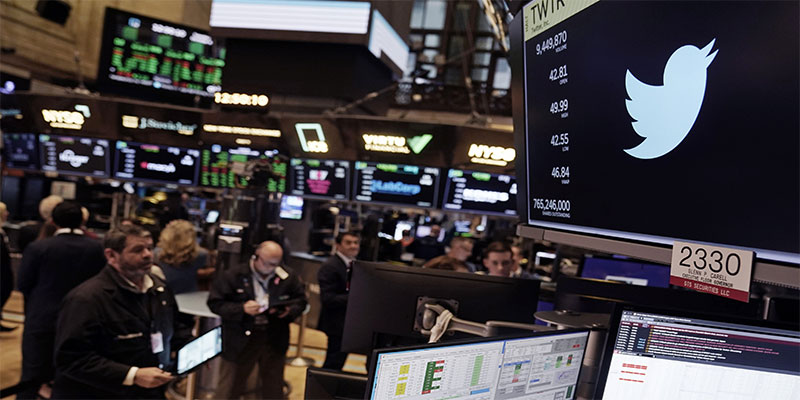 In today's issue: avoid Facebook (META) at all costs!... Musk is taking Twitter private (and why his latest deal is ultimately bad for Tesla shareholders). This earnings season’s big winner is…

The stock is in free fall...

And it’s now lost 50% of its value since August when RiskHedge CIO Chris Wood issued a special research report warning Facebook was a “disaster waiting to happen.” Facebook was 1 of 3 Big Tech stocks he said to avoid at all costs (Netflix and Dell are the other two).

Chris says he still wouldn’t touch Facebook stock here at around $100/share. The reason is simple: It is in too tough a spot with the Metaverse. CEO Mark Zuckerberg is fully committed to building what he calls the successor to the mobile internet.

Problem is, as Chris says, building the Metaverse is obscenely expensive, even for a company with resources as vast as Facebook’s. Chris:

Facebook’s already burned $10 billion and is nowhere near done. I've purchased every Facebook VR device that's hit the market over the years. And while I love playing games in VR, it will take a long, long time for META’s massive investment in the metaverse to pay off.

Even Zuckerberg said the company will lose “significant” sums of money for up to five years while building it.

That’s a stunning thing for a CEO to admit. I admire his honesty… but my money will be nowhere near his company until I see concrete proof that the investment will pay off.

And Facebook wasn’t the only Big Tech name that got caught up in last week’s earnings bloodbath...

Big Tech companies across the board are complaining about how the economy is slowing down and consumers have stopped spending.

These are world-class, dominant companies that aren’t going anywhere. Chris says, “Unlike META, MSFT, GOOGL, and AMZN are great buys at current prices. As I’ve said before, these are stocks you can buy today and forget about for five years.”

But there’s one Big Tech company that stood out among the rest last week. It rose after releasing earnings. And Chris says it’s another name you should seriously consider adding to your portfolio. More in a minute.

As part of the deal, Musk plans on taking Twitter private. Soon, TWTR will no longer trade on the stock market.

Twitter’s stock will likely stop trading on the New York Stock Exchange almost immediately after the proper documents are filed, according to corporate lawyers.

Shareholders will receive $54.20 per share of stock when all the paperwork is filed.

But there’s a key part of the deal many folks are overlooking...

Anyone who owns Tesla (TSLA) stock should be paying attention.

Running a Fortune 500 business is a full-time job. Running two seems nearly impossible. Jack Dorsey, Twitter’s founder and former CEO, stepped down because he found running Twitter and Block (SQ), the other corporation he owns, too difficult.

I talk to dozens of CEOs each year. Their number-one problem is time constraints.

I get it, Musk also leads SpaceX, Neuralink, and The Boring Company. But he built those companies from scratch. On the other hand, Twitter is a profitless social media platform in decline. It’s completely outside of his area of expertise.

Can he really stage a turnaround for Twitter while also effectively leading his other firms?

Saving Twitter could end up pulling Musk away from where his shareholders need him… at the helm of Tesla. It’s a risk most Tesla investors are overlooking.

To wrap things up, let’s look at the Big Tech name that clearly won earnings season...

It squeezed a gain of 8%. That might not look like much on its own, but when you compare it to other tech names I mentioned earlier, it’s huge.

While pretty much every other smartphone and PC maker is struggling… Apple managed to deliver record numbers. iPhone and services revenues held up strong. But where Apple really knocked it out of the park was with its Mac sales, which grew 25% year over year. That’s outstanding growth in a mature market like laptops.

A few months ago, I asked Chris Wood to predict what company would be the first ever to achieve a $5 trillion valuation.

Apple was his answer. It needs to rise another 115% from here to hit the mark.

As Chris told me, Apple is the king of integrating hardware, software, and services.

This combination allows the company to build the best devices that sell at the highest prices. Here’s Chris with more:

Apple also sells its products to higher-end consumers. And they didn’t cut on spending this year like those in the lower income brackets because of inflation. It doesn’t hurt them as much. If we hit a recession, they’ll also feel it the least. I’m not saying Apple is a recession-proof business… but its customers should keep it afloat if the economy slows down.

With stocks falling across the board this year, you’re looking at a case where investors are throwing the baby (Apple) out with the bathwater. AAPL is down 14% in 2022. But as I showed you, the company keeps delivering great results, unlike other tech firms.

Chris says this is a great opportunity to buy a world-class disruptor like Apple at cheap prices.