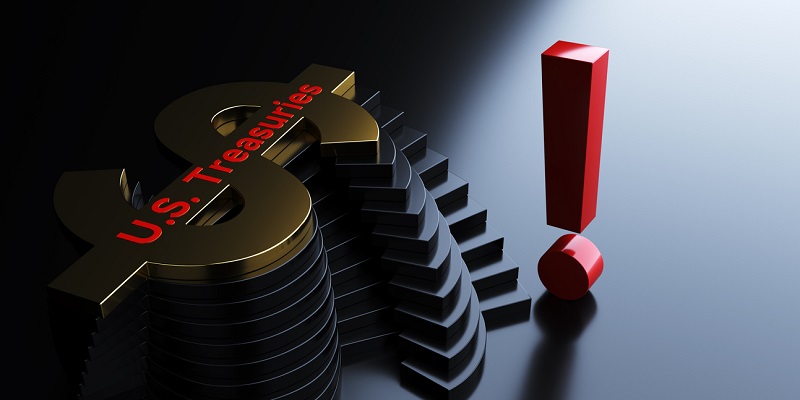 In today’s issue: Stocks surge on inflation report... The worst-looking chart in the world... Google soared 200% the last time it was this cheap... You can finally earn good money on your savings (here’s my preferred way)

1) Did you see this morning’s inflation report?

The latest reading came in much better than expected at 7.7%.

This is now the fourth straight month inflation has declined. My RiskHedge colleagues Stephen McBride and Justin Spittler both predicted inflation was peaking back in July.

But while this is good news, at least in the short term… I expect inflation to stay persistently high.

The main reason? Look at the price of gas and diesel.

I paid $4.60 for premium gas yesterday in Florida… and the price of diesel was more than $5.15 a gallon. Most of the stuff we buy gets moved on diesel-fueled trucks. Inflation simply can’t return to normal until diesel prices come back down to earth.

But I have a useful way for you to earn good money on your savings while inflation remains high (more on that in point #4).


2) I found the worst-looking chart in the world...

This is the MSCI China Index going back to 1992.

As you can see, if you invested in Chinese stocks back then and held on till today...

You’d have nothing to show for it. Compare that to the S&P 500, which soared more than 800% over the same timeframe.

I’ve hated Chinese stocks for more than a decade. Their financial reporting is opaque at best… and misleading to downright fraudulent at worst.

I learned this the hard way when I got burned by a couple Chinese battery companies back in 2009 and 2010. I haven’t even considered dipping my toe back into Chinese stocks since.

In fact, when I run stock screens, I exclude all companies headquartered in China.

Aside from questionable financial reporting… the Chinese government is a wildcard..

The Chinese Communist Party (CCP) has been cracking down on Tencent, Alibaba, Didi, and other tech giants for the last two years. They say they’re doing it for “common prosperity,” but the real reason is different. It’s power.

The CCP wants to control everything. The government wants to oversee what Chinese people do on their smartphones. What kind of videos they’re watching, what news they’re reading, how they’re shopping… in order to make sure they’re being good Communist citizens.

This meddling in disruptive businesses is killing Chinese innovation. Chinese stocks have fallen 48% over the past two years... and I don’t see this trend changing anytime soon.

If you invest in Chinese stocks, you’re taking needless risks. Avoid them no matter how “undervalued” they appear.

3) Google is cheaper today than during the COVID crash.

Google is one of the greatest disruptors of our time.

It owns the world’s two most-visited websites: Google.com and YouTube.com. Combined, these two sites had 1.5 trillion visits in 2021, according to website traffic analysis firm Similarweb. That dwarfed third-place Facebook, which had 266 billion visits.

And now, Google has added a thriving cloud business to its empire. Revenues from Google Cloud grew at a rapid 37% in the last year. For comparison, Amazon’s cloud, which leads in market share, grew at only 27%.

I expect Google will continue dominating the tech sector. And with the stock recently slipping to new multi-year lows, this is a great opportunity to buy. My team’s analysis shows it’s cheaper on a price/free-cash-flow basis than it’s been since the COVID crash.

The stock soared over 200% the last time it was this cheap.

(Google is a BUY in my 2022 Crisis Report, along with nine other all-time great stocks trading at crisis prices. Go here for the full details in my report.)

After falling for decades, bond yields have skyrocketed… That’s a huge jump… but not unexpected. Bond yields move with interest rates, and the Fed has been hiking aggressively to fight inflation.

Should you buy the US 10-Year Treasury today to collect the highest yields available in years?

No thanks. I’m surprised to hear so many pundits suggesting people buy 10-Year Treasuries at 4%.

Did they forget that inflation is still out of control at 7.7%?

This means you’re guaranteed to take a loss unless inflation craters.

I think inflation has topped and will ease lower… but I don’t see it dropping near 4% anytime soon.

But not all bonds are bad… I like four-week Treasury Bills as an excellent alternative to holding cash.

They mature every four weeks, so you never have to wait long to get your principal back. And they’re yielding 3.51% per year at the moment—almost the same as the 10-Year Treasury.

For many years, it was pointless to buy bonds because they paid so little. That’s no longer the case. If you’ve got a lot of cash sitting around earning nothing, consider buying four-week T-bills. You can do so through Treasury Direct. Fair warning: it’s a clunky government website.

You could also put your money in a money market savings account. Many are paying almost as high rates as T-bills.