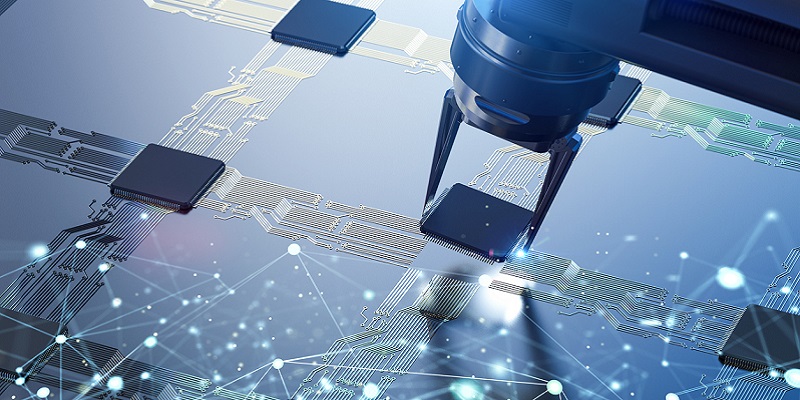 A new group of super stocks is emerging

Every market cycle has them.

A new group of “super stocks” that go from unknowns to household names within a few years.

These are the sorts of investments that change people’s lives. They can rescue portfolios from the depths of a bear market.

In this essay, I’ll show you a new group of super stocks that’s emerging right now.

They’re from a sector you’ll probably recognize... but it’s unlikely you’ve heard the names of these under-the-radar stocks.

And if you’re wondering why I’m looking for stocks to buy in today’s ongoing bear market...

It’s because difficult market conditions are perfect for identifying the next super stocks.

In my 10+ years as a trader, I’ve learned stocks that rise or refuse to go down in bear markets are often the absolute best stocks to own in the following bull market.

Right now, most investors want nothing to do with semis. I can’t blame them. Sales of semis tend to rise and fall with the economy. And there’s plenty to be worried about economically today—including a looming recession, spiking interest rates, and a trade war with China.

These worries are reflected in the stock prices of big semi companies. Nvidia (NVDA), Advanced Micro Devices (AMD), and Taiwan Semiconductor Manufacturing Company (TSM) all grew into household names during the 2010s. But now, they’re struggling.

Despite bouncing recently, all three of these popular semi stocks are nowhere near recent highs.

The same is true for the major semi ETFs like the VanEck Semiconductor ETF (SMH), which is down 32% from its 2021 peak.

So it might surprise you that all three of the stocks I’m targeting are semiconductor stocks.

They’re small… And because they specialize in niche industries, they’re less susceptible to a slowing economy—so their sales can continue to grow at a blistering pace.

I’m struck by the relative strength of these stocks. The markets have been volatile at best, and many semi stocks have been unable to get off the mat.

Aehr specializes in developing, making, and selling systems that reduce the cost of testing semiconductors. The company is far from a household name.

Aehr currently has a market value of a little over $700 million—about 1/10th of the smallest company in the S&P 500.

But it has the potential to become one of the top-performing semi stocks.

Most important, AEHR is displaying incredible relative strength. You can see what I mean below...

AEHR nearly doubled since September, and has nearly quadrupled since early July!

This sort of strength should not be ignored.

Rambus creates products that fix the bottleneck between processing and memory. In short, it helps semis work better.

Like Aehr, the strength in Rambus jumps off the screen. RMBS has rallied nearly 90% since June.

Not only that, it recently broke out to new all-time highs:

ON Semiconductor is much larger than Aehr and Rambus. It has a current market value of $32 billion. However, it’s still far from a household name.

Like Aehr and Rambus, it’s displayed remarkable strength in recent months. It’s rallied more than 64% since bottoming in July.

ON is trading within 5% of its all-time highs. It’s also trading above its 30-week and 50-week moving averages, both of which are rising. So, it’s still very much in a long-term uptrend. Watch these stocks. If they continue to show strength, I’ll consider buying.