Bill Gates Is Betting Millions on this Controversial Tech

Beyond Meat (BYND) was one of last year’s hottest stocks.

Shares of the plant-based meat company exploded 859% during its first three months out of the gate.

“Fake meat” was all the rage: an instant favorite with Millennials (I personally prefer the real thing).

And the industry’s still booming today. It’s already worth $12 billion. By 2025, it’s projected to double again!

But here’s the thing: While most people have heard of Beyond Meat and the plant-based meat mania by now…

They don’t realize that this is all part of a much bigger opportunity. In fact, many of the wealthiest investors on the planet have been going “all in” on this obscure megatrend.

Synthetic biology involves reconfiguring the DNA of an organism to create something entirely new. It allows scientists to design living things with attributes and characteristics we desire.

In short, it allows you to “program” biology just like you would a computer!

It’s a way to create just about any product in the world.

Consider Beyond Meat and competitor Impossible Foods. These companies use a DNA coding sequence from soybeans to create meat that looks and tastes like beef… but is actually made of vegetables.

But that’s just one thing you can accomplish with synthetic biology.

Biotech company Moderna Therapeutics (MRNA) is even using synthetic biology to develop a vaccine for COVID-19! The vaccine is already in Phase 3 clinical trials.

The possibilities are truly endless.

And yet, most investors haven’t even heard of synthetic biology.

But those who do recognize the incredible potential of synthetic biology stand to make fortunes. It’s like investing in cloud computing years before it became a buzz word.

But don’t take my word for it…

Microsoft (MSFT) founder Bill Gates, who was an early investor in Beyond Meat, is pouring money into synthetic biology.

He helped fund Ginkgo Bioworks, which is developing custom-built microbes, as well as Pivot Bio, a sustainable agriculture company.

Gates isn’t the only big tech founder who sees the potential of synthetic biology.

Thiel, as you may know, is a co-founder of PayPal (PYPL), Palantir Technologies, and Founders Fund, a world-renowned VC firm.

The billionaire was also the first investor in Facebook (FB). Thiel is invested along with Schmidt in Bolt Threads, and is also backing Synthego and Emerald Cloud Lab.

Andreessen is invested in Benchling—a company that offers tools to engineer DNA digitally… so scientists can perform experiments without picking up a test tube.

According to SynBioBeta, the industry has raised over $12 billion over the past decade, including $3.8 billion last year. That’s nearly 10 times as much as was raised in 2009.

The number of new synthetic biology companies has also skyrocketed over the past two decades. In fact, there are now over 600 companies in the space. That’s up from less than 100 in 2000. 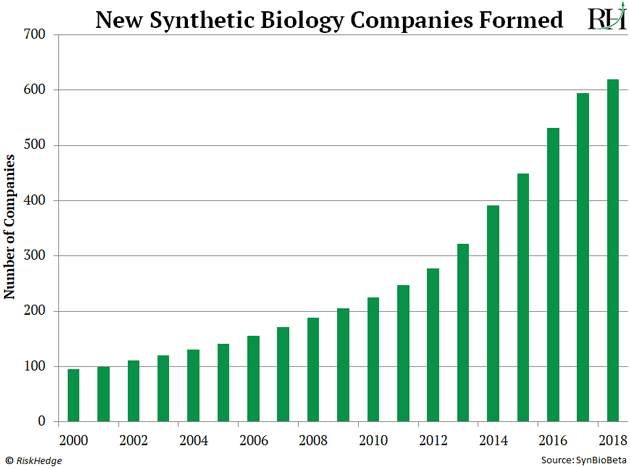 First, the cost of reading and writing DNA has fallen exponentially in recent years.

Second, synthetic biology is unique in that it can revolutionize practically every industry on the planet.

This is why synthetic biology needs to be on your radar. It doesn’t matter if you’re a long-term investor or day trader. Huge profits are at stake.

P.S. There aren’t many “pure play” synthetic biology companies out there. After all, this is still a virtually unknown industry. It’s just getting off the ground.

But my team and I believe things are about to take off here at supersonic speed. And we’re currently researching the top names to profit off this hypergrowth. More on this soon…

Its new technology, which is protected by 234 patents, works. Our microcap expert Chris Wood is sure of it.

And it’s about to make a breakthrough announcement that could easily cause its stock to triple overnight.

Chris is excited to finally share this secret with you. 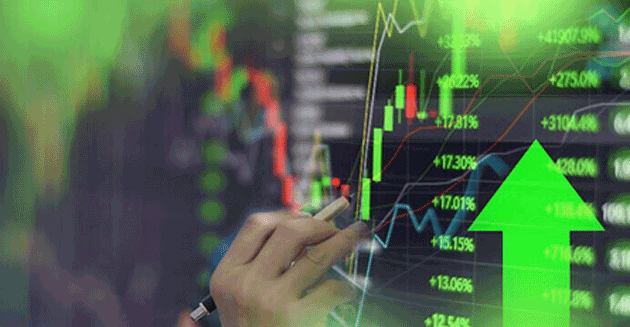