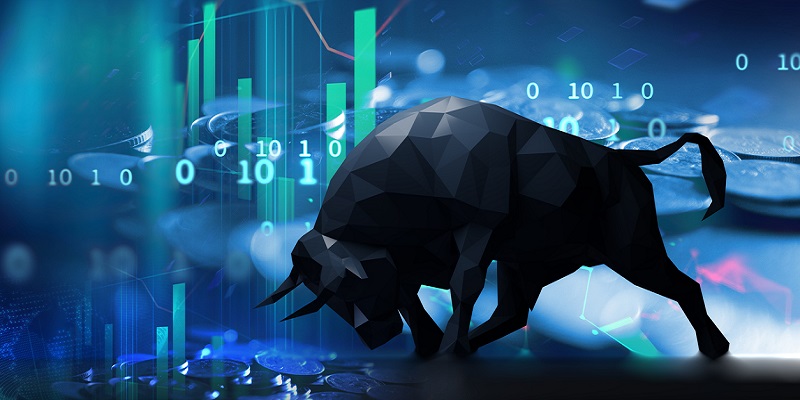 Must read: did the bear market just end?

Stocks and bitcoin have sprung back to life… biotech stocks are on a roll… the S&P 500 is a liar… what if I’m wrong?

1) Justin Spittler here, RiskHedge Chief Trader. I'm taking over today's RiskHedge Report to do something I almost never do…

I usually avoid making big, sweeping market calls… because the market tends to make a fool out of you for doing so.

But I’m sticking my neck out today for a simple reason: I’d be doing you a disservice if I didn’t bring this to your attention.


There’s overwhelming evidence that the bear market in stocks just ended, and a new bull market has begun.

Am I 100% certain? Of course not. As a trader, I think in probabilities, not certainties.

But as a result of the analysis you’re about to see, I’ve shifted my posture on markets. I hope this essay will convince you to do the same.

If you’re still sitting in an extremely defensive position—and let’s face it, most investors are after the awful year the markets just handed us—you’re missing some huge opportunities to make money.

Here’s where we stand: The S&P is up 15% from its lows. Bitcoin (BTC) has reclaimed $20,000 for the first time since November 2022. And big, globally important stocks like McDonald’s and John Deere are setting new highs.

2) This is not what a bear market looks like…

For starters, the US dollar is plunging.

A strong dollar, simply put, is like lead shoes on stocks. You can see it clear as day in this chart: When the dollar jumped in January 2022, stocks started falling.

In 2022, the dollar had one of its strongest years ever, while stocks had one of their worst. But this trend is now reversing fast. The US dollar, as measured by the US Dollar Index (DXY), plunged by 11% since last year’s highs. It’s also broken below its 200-day moving average (blue line), signaling it could move even lower. A weak dollar is a huge positive for stocks. It’s hard for stocks to go down when the dollar is selling off.

3) Biotech is perking up…

Biotech stocks are some of the riskiest on the market. Many biotech companies haven’t generated their first sale yet. Some haven’t even completed development of their first drug.

Because of this, biotech is often the first industry to take damage during market pullbacks. And one of the first to lift off during rallies.

I check the performance of biotech stocks every day the market is open. For most of the past year, there’s been nothing to see. But now, biotech stocks are breaking out, as you can see below. In fact, biotech stocks bottomed five months ahead of the broader market last year. And they’re up 41% since!

Would biotech stocks, a bellwether for risk assets, be breaking out if the market was about to crash? Seems unlikely.

4) The average stock is doing much better than you think…

The S&P 500 can be a misleading indicator. That’s because it’s “top heavy.”

The top 10 largest S&P 500 stocks represent a whopping 26% of the index. Apple (AAPL) alone represents 6%, and Microsoft (MSFT) represents 5%. The performance of the S&P 500 is really a reflection of how the top names are doing, not your average stock.

A better way to measure the health of the market is by looking at the Invesco S&P 500 Equal Weight ETF (RSP). It gives the same weight to each stock in the S&P.

While the S&P (not pictured) has yet to make a “higher high,” RSP is pressing up against six-month highs. This is crucial proof that the market is much healthier than the indexes appear.

Copper is one of the world’s most important commodities. It goes into everything from piping to electrical wire, cars, smartphones, and TVs.

Many seasoned investors look to copper as a bellwether—a leading indicator for the economy and stock market. And for the first time since 2021, copper is ripping higher. Each time it bounced off the bottom, the concurrent bear market in stocks soon ended.

As you can see, copper bottomed in July, and has since rallied more than 30%.

6) What would change my mind?

A trader must always ask: How will I know if I’m wrong?

I’ll rethink my bullish stance if the S&P 500 breaks down and decisively closes below 3,800. That’s about 10% below its current level. If that happens, it would signal a major change in character for the market.

Additionally, I’m closely watching stocks in the strongest sectors. If their “breakouts” from their recent price ranges falter, I’ll be more concerned the rally is losing steam.

I’ll let you know if either of those things happen.

Unless they do, I’m leaning bullish.