2 big profit opportunities in the metaverse…

A new gold rush has begun.

And every day, people are making a fortune off it.

But this boom isn’t unfolding in a major US city or the suburbs.

It’s happening in the “metaverse.”

I’ll explain exactly what the metaverse is in a minute. And the top 2 profit opportunities it’s opening up today.

Now, this residence obviously isn’t on the planet Mars.

The Mars House is a piece of digital property. It was designed by the artist Krista Kim. 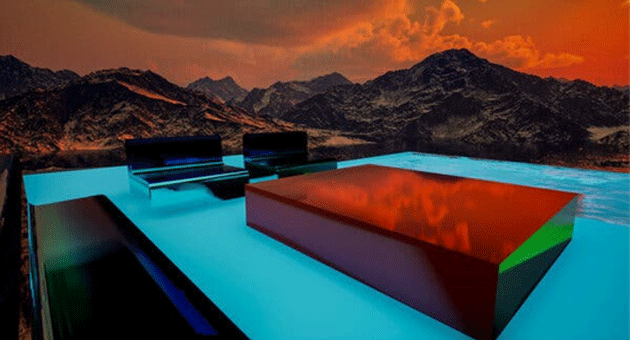 It gets even crazier.

The Mars House wasn’t built to be enjoyed for its unique aesthetic. Instead, it was designed to be visited and enjoyed by those in the metaverse.

It will even host the first-ever wedding in the metaverse on Mars.

And it’s not the only piece of digital real estate that’s sold for big bucks lately.

Thousands of properties have been sold in SuperWorld—an augmented reality virtual world—this year. These include virtual versions of famous landmarks like the Giza pyramids and Piccadilly Circus in London. According to SuperWorld’s CEO, the average sales price was around $2,000.

This is likely just the beginning.

Its growth potential is unlimited.

And we aren’t just witnessing a buying wave of digital real estate. The virtual art market is also on fire.

Did you see that a digital piece of art just sold for $69 million?

Mike Winkelmann, also known as Beeple, had been posting digital art online for his fans every day since 2007. This year, he combined 5,000 of his images into one larger piece. His Everydays: The First 5000 Days sold for $69 million.

This is a piece of “art” that doesn’t exist outside the digital world! 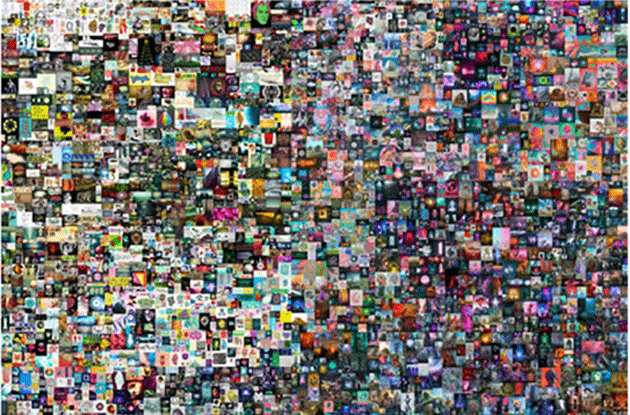 Now, you may have no interest in purchasing virtual land or digital art. I know I’d personally rather own the real thing.

Fortunes will be made off this megatrend.

The metaverse is a 3D, immersive internet where you, through an avatar, can socialize with other people… work… play… create… and basically “exist.”

It’s unlike anything else on the internet today.

Now, I personally have little interest in using the metaverse. I’d rather spend my free time hiking or going out to dinner with friends.

But that doesn’t mean I won’t invest in the metaverse.

See, some of the biggest, early-stage opportunities seem silly at first. Take the internet. No one predicted anything like Facebook, Google, Snapchat, or Amazon.

Fast-forward to today… our lives revolve around the internet. It’s the reason life moved on over this past year while much of the physical world was effectively shut down.

Microsoft (MSFT), for example, purchased Minecraft developer Mojang for $2.5 billion in 2014. Minecraft is an early pioneer of the metaverse experience.

Other tech giants are betting on technologies like virtual reality (VR) and augmented reality (AR), which will truly bring the metaverse to the masses.

In 2014, Facebook (FB) also acquired VR start-up Oculus for $2 billion. Since then, the social media giant has been working tirelessly to make VR more accessible to the masses.

Apple (AAPL)—the world’s largest company—is working on a VR & AR-based, mixed-reality headset, which it plans to release by 2025.

These innovations will make the metaverse more accessible and enjoyable for millions of people, possibly billions.

Of course, the metaverse isn’t getting ready to take off just in the United States. It’s rapidly becoming a global phenomenon.

In May, South Korea launched an industry alliance to bolster the development of “metaverse” technology and ecosystems.

It’s still very much the early days for this megatrend.

As I mentioned last week, I believe the metaverse will become the next frontier for advertising. And history has shown advertising is the best business on the planet.

Not only that, Netflix (NFLX) just announced that it will be bringing its hit series Stranger Things to the metaverse.

It’s easy to see why these world-class companies are beginning to converge on the metaverse en masse.

There’s a massive amount of money at stake. The market for virtual items is already worth $50 billion.

The second massive opportunity in the metaverse is the disruption of real estate as I mentioned above. And there’s one company in particular my colleague Stephen McBride and I are excited about.

The company we recommend is turning the entire $230 trillion global real estate market on its head by revolutionizing the way people think about property.

Specifically, the company is leading the digitization of real estate layouts and turning them into this… 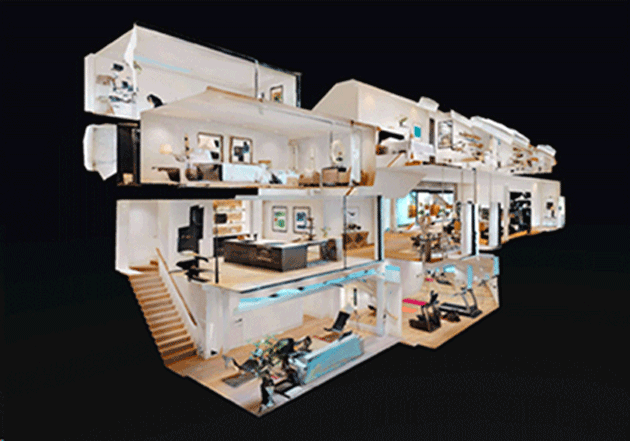 Think of this company like Google Maps. Instead of capturing the outside world, this company wants to scan the inside of every building with its special nine-lens 3D camera.

The company has already scanned over five million homes, offices, schools, factories, hotels, museums, yachts, and even airplanes. And it doesn’t just snap pictures of these spaces. Its expert software transforms them into digital twins. In other words, exact virtual replicas of the real-world space that can be edited and updated on a computer.

The company’s vision is to 3D capture every space in the world. And our research shows it will be one of the top stocks to own as the metaverse becomes a bigger part of our everyday lives.

You can access the name and ticker of this stock, as well as our specific game plan for the trade, in our updated special report. Go here to access it now.