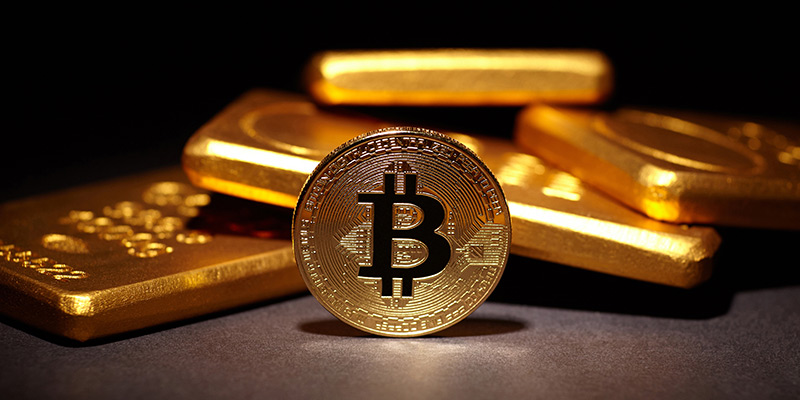 Are Cryptocurrencies a Real Threat to Gold?

A gold investor recently asked me: Are cryptocurrencies (like bitcoin) a threat to replace gold as a store of value?

As cofounder of disruption research firm RiskHedge and CEO of precious metals storage company the Hard Assets Alliance, I like to think I can offer a unique perspective on this.

Let me start by stating that I am a very strong believer in the blockchain technology that has made most cryptocurrencies possible. Blockchain will transform many industries. And the disruptions it will bring could be as profound as the inception of the World Wide Web.

Investing in blockchain companies that will lead this coming disruption will be very profitable, although picking the winners won’t be easy. However, in my opinion, cryptocurrencies are an entirely different play than gold.

A Monopoly on Money

I believe that cryptocurrencies will eventually replace fiat currencies and become the main way we buy and sell things. But I do not think they will ever become a store of value or an asset like gold. Of course, no one knows for sure at this point. The best we can do is think through possible outcomes.

The reason why I would be very cautious about investing in Bitcoin or any other cryptocurrency is that governments won’t allow decentralized currencies to threaten their own sovereign currencies. Cryptocurrencies are still marginal, so governments stay idle. But if any crypto seriously threatened, say, the USD, its days would be numbered.

Every major government in the world is contemplating the introduction of its own cryptocurrency. So there’s a real chance that all cryptocurrencies, except those issued by a government, will be banned. That will allow governments to harness the blockchain technology while retaining control of money.

When governments realized that having a monetary monopoly allowed them to create money out of thin air, they introduced a sovereign fiat currency and outlawed private bank notes.

Get Ready for the Crypto Dollar

The case for sovereign cryptocurrencies is even more compelling. As soon as we have a “crypto dollar,” “crypto renminbi,” or another sovereign currency, governments will be able to get rid of money laundering, tax evasion, and avoid a lot of other problems that come with cash.

Major governments will work together to ensure that they have control over money issuance and tax collection.

Many crypto bugs tell me that governments are already late in the game so they can’t control Bitcoin anymore. I disagree. All the US government has to do is to impose heavy sanctions on any business that uses or accepts bitcoins. No serious company will touch it.

This is exactly how the US successfully imposed FACTA, a US law, on all of the world’s financial institutions.

Cryptocurrencies’ Effect on the Gold Price

Cryptocurrencies have definitely attracted a lot of capital that would have otherwise flowed into other asset classes. A number of precious metals investors have been lured into buying cryptocurrencies—many of them, unfortunately, bought at the worst possible time (late last year).

That said, the relationship between cryptocurrencies and precious metals prices is far from obvious. Late last year, Bitcoin hit all-time highs, but gold also had a reasonably good year, gaining about 11%. So far this year, bitcoin has plunged 54%, while gold has slipped 9%. So it’s hard to tell what impact the crypto craze has had on gold’s price.

What’s more obvious is gold’s close correlation to the US dollar. The recent strength of the USD has hurt precious metals prices. Higher interest rates are also partially to blame. However, no one can predict where both are headed.

One thing I can say for sure is that precious metals are now very cheap as an asset class. Gold is selling for its lowest price in 18-months. And silver hasn't been this cheap since early 2016. For this reason, I’m personally increasing my allocation to both gold and silver. If precious metals prices happen to drop further, I will buy more. Every asset class goes through cycles. Gold is historically cheap right now. It will eventually get more expensive.

In 1980, nobody owned stocks and everybody owned gold. Yet stocks were historically cheap at the time. It didn’t work out well for folks who were obsessed with gold. Now the opposite is true. Everyone is obsessed with overvalued stocks or volatile cryptocurrencies, and nobody wants gold.

One last thing to note: I now have a very large allocation to cash because I expect many asset classes to become cheaper within the next couple of years.

I hope this is helpful and thank you for reading.